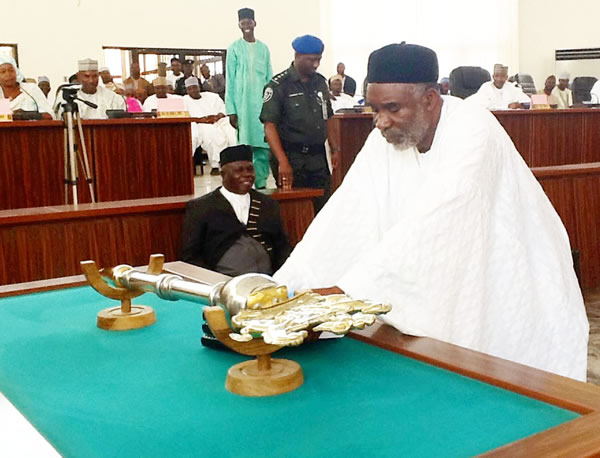 Commissioners, who served under former Gov. Murtala Nyako of Adamawa State, have denied dumping their boss and the All Progressives Congress (APC).

Last week, the acting governor, Ahmadu Fintiri, dissolved Nyako’s cabinet and held a closed door meeting with his commissioners at their request. The meeting led to speculations that the commissioners had abandoned the former governor.

Reacting to the allegation, Chairman of Nyako’s Commissioners Forum, Alhaji Aminu Iyawa, said the meeting they held with Fintiri had nothing to do with Nyako or their defection to the PDP.

“We only used the opportunity to request the acting governor to settle our entitlements like the severance allowance. Nothing was discussed about Nyako and there was no request for us to move to PDP. As a forum, we still have faith in Nyako and have not lost hope of his possible return to his position in view of the pending court case challenging his removal”, he said.

Iyawa described the allegation that the commissioners did nothing to stop Nyako’s impeachment as ‘unfortunate’.

He said that they were actively engaged in making contacts with relevant stakeholders to stop the impeachment.

“I think our problem was that some people expected us to start abusing the lawmakers in the media, but we felt the best thing was to appeal to them through dialogue. We reached out to major stakeholders and even made some headway before the whole thing degenerated at the last minute due to certain interests”, Iyawa said. (NAN)