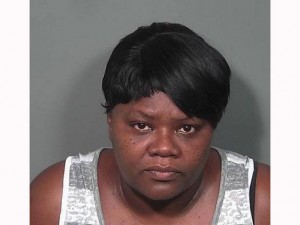 A woman by the name of Gloria Elzy, allegedly left her 5-week-old baby in a parking lot outside a mall in Slidell, Louisiana, where temperatures were about 90 degrees. The baby became unresponsive while locked in a vehicle, but was rescued after an onlooker noticed and called 911.

Elzy’s excuse to the authorities was that she simply forgot about her child while going to the mall. She was taken into custody and charged with second-degree cruelty to juveniles, while both of her children have been handed over to Child Protective Services.

According to NOLA.com, Elzy claimed to be in complete shock when she returned to her vehicle and noticed the swarm of law enforcement officials there. Even the arresting officers, however, seemed to understand that this phenomenon has been occurring with such regularity that parents should now be more cautious.

“With all the media attention on this type of issue, it’s mind-boggling to me that someone can leave – better yet forget – about a child inside of a vehicle,” said Police Chief Randy Smith. “If the citizen wouldn’t have immediately called Slidell police, and Officer Funck didn’t act quickly, the baby would not have survived. They are both heroes in my book.”