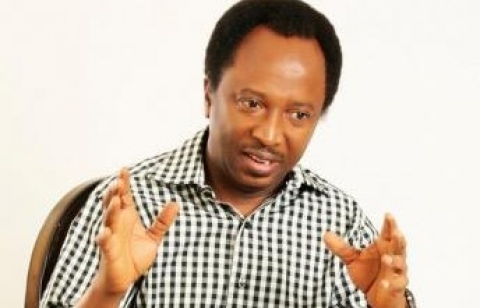 Sani, who was reacting to the tragic killing of some Shiite Muslims in Zaria last week Thursday by soldiers, said the president should call the military and other security agencies to order with a view to putting to an end the recurring killing of innocent citizens.

In a statement, he said it was the same type of impunity by security agencies that led to Boko Haram insurgency since 2009.

He said: “We have received the tragic story of the gruesome and cold blooded killing of the members of the Sheikh El-Zakzaky led Islamic movement in Zaria by armed soldiers. We have learnt that members of the movement were fired at while on their yearly peaceful procession, in solidarity with the people of Palestine.

“The unprovoked attack and killing of the members of the Islamic movement by the soldiers stand unreservedly condemned. The killings are cruel, inhuman, barbaric and a dangerous act with wider security implications for the peace and stability of our country.

“It is most unfortunate and sad that our security forces have not learnt their lessons on the grievous implications of cold blood killings of religious leaders or their faithful.

“While the nation is still battling with the insurgency in the Northeast, which was triggered by the extra judicial killing of Mohammed Yusuf in 2009, a new front is deliberately and mischievously ignited by Nigerian soldiers”.

Sani, who is President of the Civil Rights Congress of Nigeria, said the dastardly killings confirmed the speculation that security forces had been part of the insurgency problem in the North.

He added: “The tragic incidence in Zaria is a clear testimony that our security forces are part of the problem. The unprovoked attack and killing of the members of the movement is a reprehensible and abominable act capable of triggering a wider bloodletting and endless conflict.

“The impunity and brigandage by our security forces undermines the peace and stability of our country and by extension the authority and credibility of the Government”.

He said the military and security agencies must be directed to operate within the ambit of the law.

“President Goodluck Jonathan must take charge and responsibility of the situation on the ground. The buck stops on his table. A systematic policy and strategy of gross rights violations by security forces in the guise or excuse of fighting terrorism is unacceptable. Shooting peaceful protesters is tantamount to encouraging armed rebellion”.