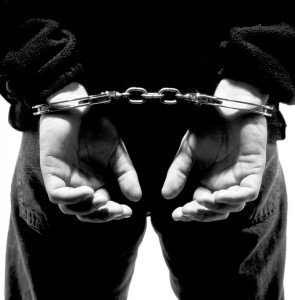 The Abia State Command of the Nigeria Security and Civil Defence Corps has paraded a 45-year-old married man for allegedly killing his concubine on the suspicion that she was dating another lover.

The suspect, Nwokeoma Ohuaba, a native of Akpama Ugba in Osisioma Local Government Area of the state was said to have been infuriated having caught her with another man during an unscheduled visit.

He was said to have hit her in the head with a piece of iron in the ensuing altercation as he attempted to confront her while the alleged intruder fled for dear life.

Public Relations Officer for NSCDC, Abia State, Victor Ogbonnaya, who paraded the suspect on behalf of the state Commandant, Andy Dateer, said the arrest was made following a tip off.

He gave the victim’s name as Charity Onwutaebe, a widow and mother of three to her late husband.

According to NSCDC, the victim was accused by the suspect to have attacked him first but could not withstand his superior response , thus collapsing instantly as they fought each other.

She was said to have died later in a hospital at Obingwa where the suspect had hurriedly rushed her claiming she was involved in a domestic accident.

According to NSCDC, when the suspect noticed that the victim might not survive, “he disappeared and refused to come for her, but the hospital management tricked him by telling him that she has recovered and needed provision and food and when he came he was arrested.”

NSCDC said the suspect would be handed over to the police for further investigations and prosecution, acknowledging the synergy among security agencies in the state .

Later in an interview, the suspect claimed that the deceased was his wife and not his concubine as alleged by NSCDC, adding that he married her after the death of his first wife.

He said they were quarrelling over a phone when she first hit him with the iron but “when I retaliated with the same iron she collapsed.”

The suspect also denied absconding but explained he only went to mobilise for funds after making an initial deposit of N5,000 out of N10,000 which he was asked to pay, but upon his return, the victim had passed on.