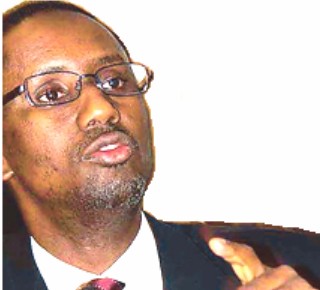 The former EFCC boss, who only just last weekend defected to PDP from the All Progressives Congress, APC, picked the expression of interest and nomination forms through an associate, Alhaji Hamidu Mahmoud, at the Wadata Plaza national secretariat of the PDP.

Ribadu also confirmed reports that he had applied to the PDP national leadership to waive section 50 of its constitution to allow him contest the party’s primary election.

Mahmoud, who said he has the mandate to speak on behalf of Ribadu said, “We are not aware that the president wants to impose Ribadu as governor of Adamawa State. It was some PDP chieftains who called on Ribadu to come and contest for the governorship of Adamawa. So, the question of the president wanting Ribadu does not arise in this case”.

He, however, allayed the fears of his supporters that the controversial waiver could impede his chances ahead of the contest saying the “PDP constitution did not insert the waiver clause in anticipation that Ribadu will join the party, having joined the race, he is expected to enjoy the waiver”.

It was learnt that besides Ribadu, other aspirants who have picked up forms include, former Minister of State for Health, Aliyu Idi Hong and acting governor, Umar Fintiri.

The PDP by-election schedule for Adamawa State indicates that the sale of expression and nomination forms is between 15 and 19 of August. Return of form; 20-25th, Screening is on 28, while screening appeal will hold on August 30.