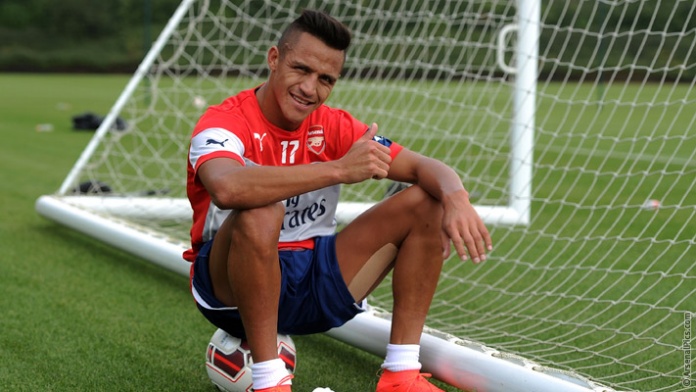 A poll conducted by Arsenal.com pits Alexis Sanchez to become the main striker for the Gunners ahead of the new season. Information Nigeria observed.

The Chilean joined the Gunners for a fee believed to be around £30–35 million, and made his first full start debut in the Emirates cup loss against Monaco.

Due to Olivier Giroud’s sluggish nature in the demeanor of last season, the faithful are asking the club to give the former Barcelona striker the central attacker berth.

Arsenal fans do you want Sanchez as the main striker?