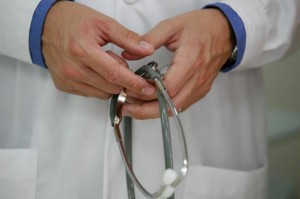 An Australian hospital was forced to issue an apology after it faxed out death notices for 200 patients who are still breathing.

Austin Hospital of Melbourne accidentally sent the erroneous death notices to the family doctors of its patients. In the notice, the physicians were informed that their patient had died following their hospital visit. The notice was supposed to report that the patients had been discharged.

According to the Herald Sun, at least one doctor informed family members that their loved one had died.

The mistake occurred because of a change in a hospital template letter. It is believed that human error is to blame.

“In the process of changing the template which notifies a GP of his or her patient’s death, the changes were saved to the standard [discharge] template,” Austin Health said in a statement. “We apologized unreservedly to affected clinics who, for the most part, were very understanding about the error.”

Victoria opposition leader Daniel Andrews said the mistake was an example of the problems that exist with the health system that is currently in place. “It is unacceptable that an error like that was made,” he said, according to the Guardian.