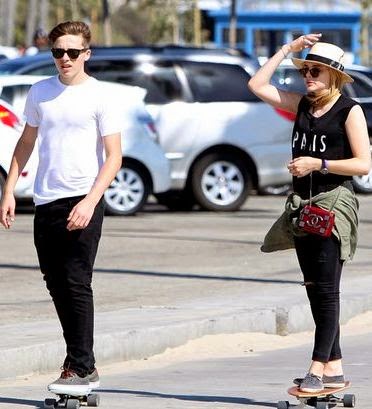 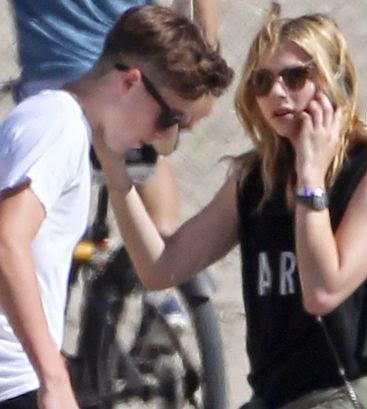 David Beckham’s first son, 15 year old Brooklyn Beckham has finally gotten his first girlfriend…and If you think he would go for the girl next door for his first experience at love, think again. He went for a Hollywood starlet. Brooklyn is reportedly dating model/actress Chloe Moretz, who at 17 is two years older than him. The pair have been dating for three months after being introduced by mutual friends. (Couple pictured together in June).

They reportedly had a romantic hook-up at Paris Fashion Week and are planning to spend the school holidays together in LA.
“They were introduced through mutual friends, and have the same social circle back in Los Angeles. They speak all the time and enjoy hanging out together, just doing what teenagers do. Both David and Victoria have given them their blessing.” a source said 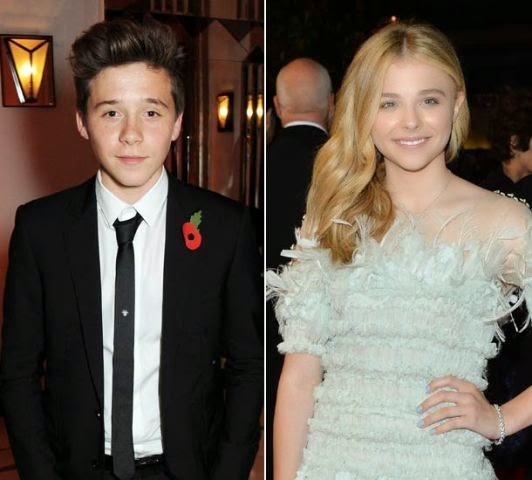