Heavily-armed fighters, suspected to be the members of the Islamist Boko Haram sect, launched an assault on Gwoza town, Borno State, in the early hours of August 6, 2014, Wednesday.

According to the sources of SaharaReporters, the operation has been completed successfully, as the terrorists were able to capture the settlement, killing around 100 of its residents in the process. Many aged people, women and children were among the victims. 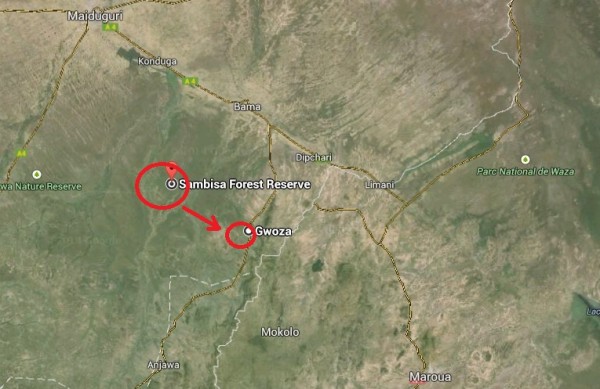 An unnamed resident of Gwoza, while speaking in Kanuri with a reporter, informed that he was able to escape the besieged town safely.

“Soldiers guarding us just went away as the militants advanced against our town.

“If this continues, then all of us will soon be without a place to call home,” he said.

The survivor confirmed that those who escaped the Boko Haram attack have now turned into refugees.

The troops of the Nigerian Army were reportedly overpowered by the properly-armed insurgents.

It is not the first time Boko Haram make Nigerian Army abandon a town. On July 18, Friday, a large group of fighters attacked Damboa town, killing several residents and forcing the army to retreat. Boko Haram hoisted their black and white flags to mark their control of the area.

The troubled Gwoza LGA comes under heavy attack for the second time in two months. On June 8-9, over 110 residents became victims of multiple separate attacks.