With the incessant attacks carried out by the Boko Haram sect in the country, the Traditional rulers in Bayelsa State are appealing to the sect to sheathe their swords and embrace amnesty like the former militants of the Niger Delta region did. 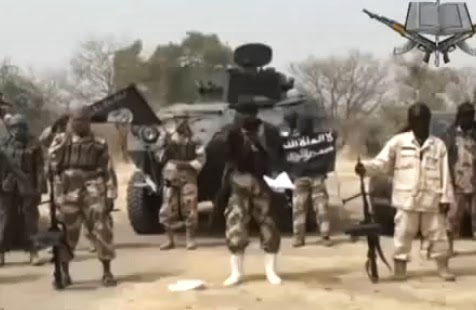 The royal fathers, under the aegis of EA/EJA Oil Field Traditional Rulers Leadership Forum made the call in Yenagoa after a meeting with management of Shell Petroleum Development Company.

The group is made up of traditional rulers from Bassan, Mein and Iduwini kingdoms in Ekeremor and Southern Ijaw Local Government areas of Bayelsa State.

Spokesman of the forum and paramount ruler of Amatu 1 community in Ekeremor council, HRH Decca Keredei, described the insurgency as senseless.

Also condemning the recent suicide attack on former Head of State, General Muhammadu Buhari(rtd.) and other acts of terrorism by the sect, Keredei described it as unfortunate and inhuman.”

Meanwhile the Bayelsa state traditional rulers are not the only ones calling on the sect to sheathe their swords.

On July 16, it was reported that the Jama’atu Nasril Islam (JNI) has called on the dreaded sect to sheath its sword and embrace peace.

The Boko Haram Sect have continuedto carry out horrible attacks, killing thousands of innocent lives, injuring several while displacing many fro their homes.

Just recently on July 23, it was reported that the sect gruesomely murdered a Nigerian Air Force Officer in Borno State, jubilating as they paraded with his beheaded head.

In May, it was reported that the Federal Government has indicated its willingness to grant amnesty for the Boko Haram insurgents.

However, there has been mixed reactions, while some Nigerians think the Amnesty deal is the right move some other Nigerians think its the wrong move following the continued killing and bombings of innocent citizens by the sect.