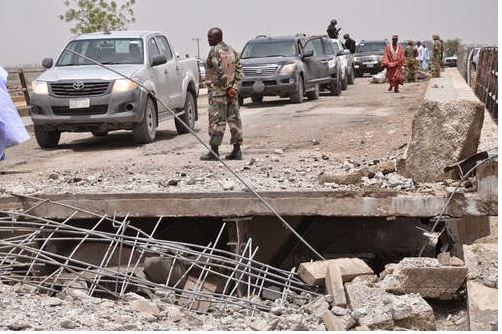 Boko Haram men today launched an attack on Gamboru-Ngala village in Borno state, displacing many of the villagers and disarming about 480 Nigerian soldiers stationed at the Cameroon-Nigeria border.According to reports, the attack started around 5.30 this morning in the army barracks in Ngala known as Harmony Camp before proceeding to Gamboru where they took over the town without any military resistance. The insurgents reportedly embarked on a house-to-house raid in Gamboru.Cameroonian Army spokesman, Lt Col Didier Badjek, who confirmed that soldiers have been disarmed said they are now being accommodated in schools. Residents of Gamboru-Ngala village are said to have taken refuge in Fotokol town in Cameroon.