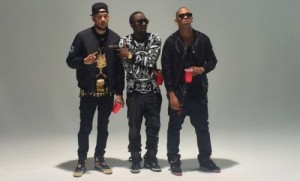 Ice Prince has been recently criticized for sounding the same in all his songs, also weeks ago, the rapper was caught up in a sex scandal; Ice Prince is determined to fight off all these negatives as he is soon to drop this video.

On the 6th of August – Choc City rapper, Ice Prince will be releasing the video for the remix to his Don Jazzy/Chopstix produced single “N-Word” featuring South African Rap-heavyweight, AKA. Directed by Mr Moe Musa

Here’s are behind-the-scenes pictures from the video shoot: –