A bus conductor was reportedly beaten to coma yesterday, August 22 by a female Nigerian soldier over money at Iyana Isashi, along Lagos- Badagry expressway in Lagos State. 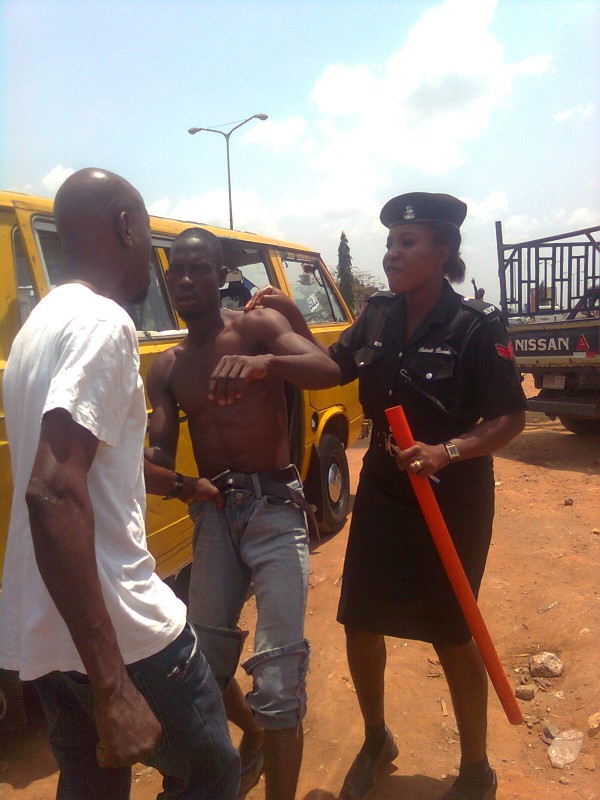 The soldier who was dressed in mufti had boarded a bus at Mile 2 and was going to Agbara area of Ogun State.

She was said to have given the conductor N500 and when she demanded for her balance, he said he had already given her and this resulted in an argument.

Other passengers in the vehicle supported the woman’s claims, asking the conductor to give her balance to her but he turned a deaf ear.

According to one of the passengers, Ikechukwu Obi who spoke to Leadership, the woman even identified herself as a soldier but the conductor still continued to prove stubborn.

Angered by the conductor’s stubbornness, the female soldier ordered the driver to park the bus and then she grabbed the conductor by his collar.

It was when the conductor threatened to beat her that she lost it. She dragged him out of the car and beat him to stupor.