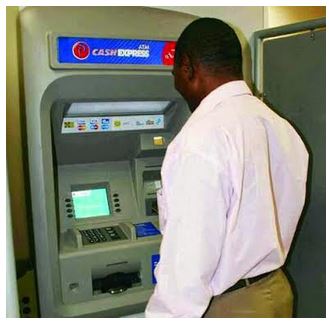 The Central Bank of Nigeria has re-introduced ATM charges for cash withdrawals made on other banks’ Automated Teller Machines. In a circular dated August 13rd 2014 and signed by the Director, Banking and Payment Systems Department, CBN, Mr. Dipo Fatokun , the re-introduced ATM deduction pegged at N65 per withdraw would take effect from September 1st 2014.
The circular states that the first three withdrawals in the month of September on other banks ATM would be free but the charges would start counting from the fourth withdrawal.
Read parts of the circular after the cut…

“The CBN hereby issues the following directives: The re-introduction of ‘Remote-on-us’ ATM cash withdrawal transaction fee, which will now be N65 per transaction, to cover the remuneration of switches, ATM monitoring and fit-notes processing by acquiring banks; the new charge shall apply as from the fourth ‘Remote-on-us’ withdrawal (in a month) by a cardholder, thereby making the first three ‘Remote on us’ transaction free for the cardholder, but to the paid by the issuing bank. September 1, 2014 shall be the effective date for the implementation of the new charge; banks are expected to conduct adequate sensitisation to the customers on the introduction of the new fee; all ATM cash withdrawals on the ATM of issuing banks shall be at no cost to the cardholder.”  it read

This reintroduction of ATM withdrawal charges comes almost 2 years after the CBN and the Deposit Money Banks cancelled the N100 ATM charges in December 2012.
Share
Facebook
Twitter
WhatsApp
Previous articleChidi Mokeme feels Ebola patients who escape from quarantine should be shot at sight
Next articleShould the govt expose or protect the identities of people who escape from quarantine?
- Advertisement -