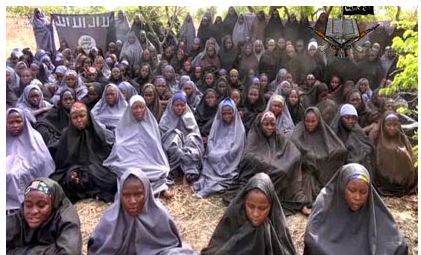 There have been an increase in female suicide attacks and a source who spoke with Vanguard thinks the female suicide bombers may be captured Chibok girls. The unnamed source said he believes that the girls may have been exposed to radicalization by their captors.

The source spoke about the possibility that the girls had been indoctrinated by the terrorists in the last three months of their captivity, hypnotized and sent into various parts of Nigeria and beyond with a view to carrying out deadly missions.

The source, who has contacts with the Boko Haram leadership, pointed out that it may be difficult to change radical orientation of the girls, who may now see their malevolent disposition as an act of righteousness.

“It may shock you to know that some of the girls being used for suicide bombings in parts of the North are among those taken from Chibok in April this year. It was clear from the outset that the girls would not come out the same, after being kept with their unwanted hosts for a long time”.

The Coordinator of the National Information Centre, Mr. Mike Omeri, has since said that the Chibok girls are not among the female bombers. But how do they know this for sure…?