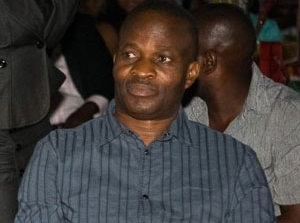 The All Progressives Congress has advised the former Deputy Governor of Enugu State, Mr. Sunday Onyebuchi, to challenge his impeachment in court.

The APC, which reacted to Onyebuchi’s removal in a statement by its South-East zonal Publicity Secretary, Mr. Osita Okechukwu, described the development as politically-motivated.

The APC insisted that the allegations levelled against the impeached deputy governor by the Enugu State House of Assembly were flimsy.

The party said, “The APC condemns in its totality the impeachment of His Excellency, Chief Sunday Onyebuchi, Deputy Governor of Enugu State, because it was politically motivated and based on flimsy allegations.

“We challenge Chief Onyebuchi to contest his impeachment in court, as it is our considered view that the Chicken-Farm impeachment was politically motivated, unconstitutional and undemocratic”.

APC accused the Assembly of doing the bidding of Governor Sullivan Chime, arguing that the allegations brought against Onyebuchi did not amount to gross misconduct as claimed by the lawmakers.

According to the APC, Onyebuchi’s impeachment “has once more confirmed that the Enugu State House of Assembly is a rubber-stamp assembly; for it is only an executive-pliant and stooge legislature, which will ignobly negate the intendment of section 188 of the 1999 Constitution of the Federal Republic of Nigeria”.

It added, “The Constitution rates gross misconduct as grave violations of the constitution, not impeachment as a tool for political vendetta. Let nobody fool us.

“Otherwise, when has chicken-farming in the Government House become gross misconduct envisaged by the constitution?

“When has the resolution of the House become law? Or is the House not aware that the chicken-farm was raided on January 27, 2014, by the unfolding dictatorship in Enugu?”

Similarly, the party warned Chime to desist from dictatorship, which it said it had observed in Enugu State.

It said, “We have to caution His Excellency, Chief Sullivan Chime to desist from the narrow road to dictatorship, as it is an ill wind that blows none good.

“Unfortunately, we have observed recently sign-post of dictatorship, corruption and propaganda in the state affairs in Enugu State.

“For if we keep quiet today because it is an intra-party dispute, Chief Chime may become a great risk to our fledgling democracy, especially on the eve of a crucial 2015 general election.”

“Enough is enough”, the APC warned. 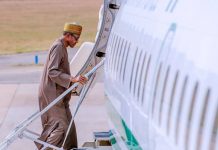 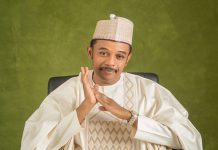