Ex-Tinsel actor, Chris Attoh has  proposed to his beau,  Damilola Adegbite on Friday Night on a boat in Manhattan, New York.

It would be recalled that the couple were rumored to have married secretly few months back because Chris changed his relationship status on Facebook to ‘married’. Although that has since been cleared, many are still in the onus as to what is going on with the screen stars.

The couple who are both expecting their first child, were reportedly said to have stopped all wedding preparations until the bundle of Joy is delivered.  It was however happiness galore for the soon-to-be-mum as she was caught unawares by her man who proposed in the presence of family and close friends.

Enjoy viewing the pictures below: 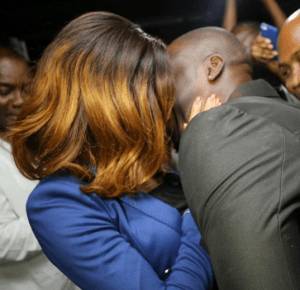 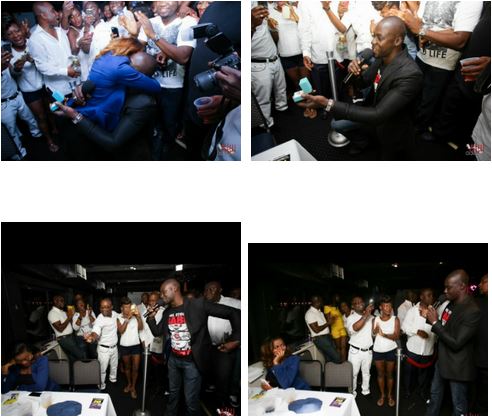