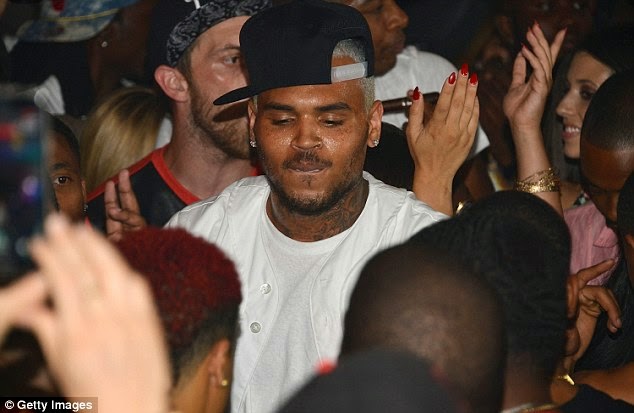 According to a breaking news report on Daily Mail and TMZ, singer Chris Brown was ‘shot at’ in the early hours of this morning at a pre-VMAs party at 10AK night club in LA. Chris, who was hosting the party, was not injured but music label boss Suge Knight was shot twice. Two others were injured, one of them said to be in critical condition.

According to Daily Mail, witnesses at the scene claimed that Chris Brown was the target of the shooting, but TMZ said they weren’t so sure who the target was.
Model Tyson Beckford, and Black Eyed Peas member Apple de Ap, who were inside the party said they heard four gun shots.
After the shooting, Death Row Records founder Suge Knight, was taken to Cedars Sinai hospital where he’s being treated. Continue… 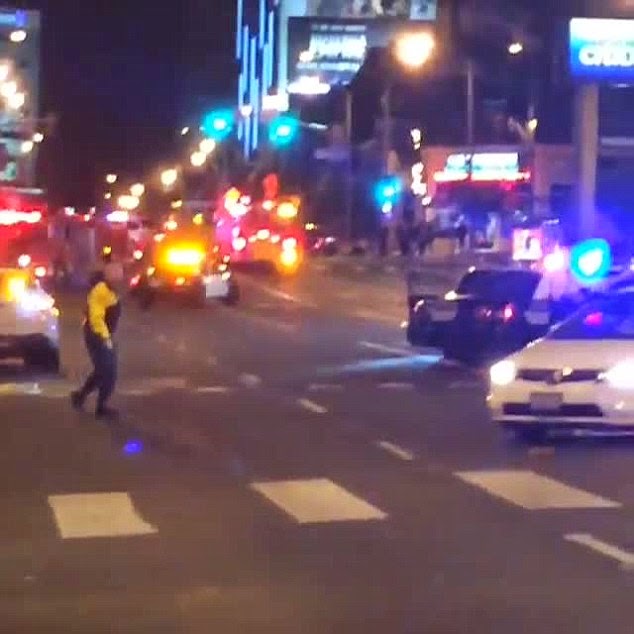 The suspected gunmen were apprehended by police, as officers searched the nightspot for clues and quizzed revellers over the events of the night.

Guests at the event had also included singer Justin Bieber and rapper The Game.

Katie Clendon, thought to have been inside the club, said via her Twitter account that she thought Brown had been the intended target.

‘Literally can’t believe what I just witnessed. Someone tried to fire shots at Chris Brown at 1oak. Speechless. Prayers to all those harmed by this. Honestly still in disbelief this happened.’ she wrote 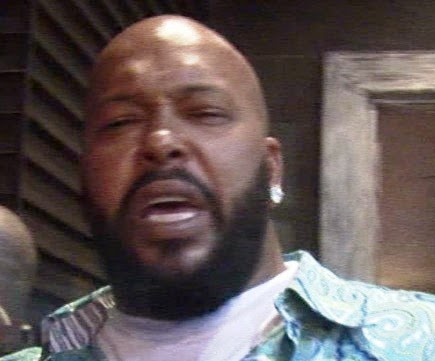 Shots rang out at 1OAK nightclub in West Hollywood at around 1:30 AM Sunday … andSuge Knight was shot twice and taken to the hospital by ambulance where he’s currently in surgery … eyewitnesses and Suge’s family tell TMZ.

Tyson Beckford, Robert Richard and Apple de Ap all tell TMZ … there were inside the pre-VMA party hosted by Chris Brown when they heard 4 shots ring out inside the club.

Suge walked out on his own power … a cop spotted him and walked the rap mogul to the police car where Suge sat.  Suge was then put in an ambulance and taken to a local hospital.

We do not know the nature of Suge’s injuries.  Multiple sources now tell us Suge was one of 3 people were were shot.  At least 1 is in critical condition.

The night started with tension.  An hour-and-a-half before the shots, Game came to the club and he and his buddies got into an altercation with security guards … there was a full-on fight.  Game tried to get in was denied and left, but his buddies stayed behind.  We do not know if they were involved in the altercation.