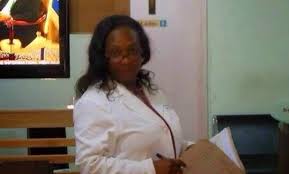 The Lagos State Government yesterday assured that the death of Dr. Stella Ameyo-Adadevoh of the First Consultant Hospital Obalende, Lagos, the fourth Nigerian to die of the Ebola Virus Disease, after attending to the late Patrick Sawyer, who imported the deadly virus disease from Liberia, would not be in vain.

The late doctor, who many have described as a heroine and deserving of a post-humous national recognition, died on Tuesday at the Ebola Isolation Centre located within the IDH hospital, Yaba, Lagos.

Speaking after observing a minute’s silence in her memory at an economic empowerment programme for the unemployed in Ikeja, Governor Babatunde Fashola called for action to immortalise her.

According to Fashola, “Her doggedness and commitment to duty saw her personally reviewing the case even though the patient had earlier been seen by a doctor”.

The governor, who revealed that the late doctor was a great-grand-daughter of the late nationalist, Herbert Macaulay, said she demonstrated exemplary leadership quality and prayed for the repose of her soul.

Gov. Fashola debunked the notion, especially in the western media that there is Ebola in Nigeria, noting that the case in Lagos is as a result of the wickedness of the Liberian national, Mr. Sawyer.