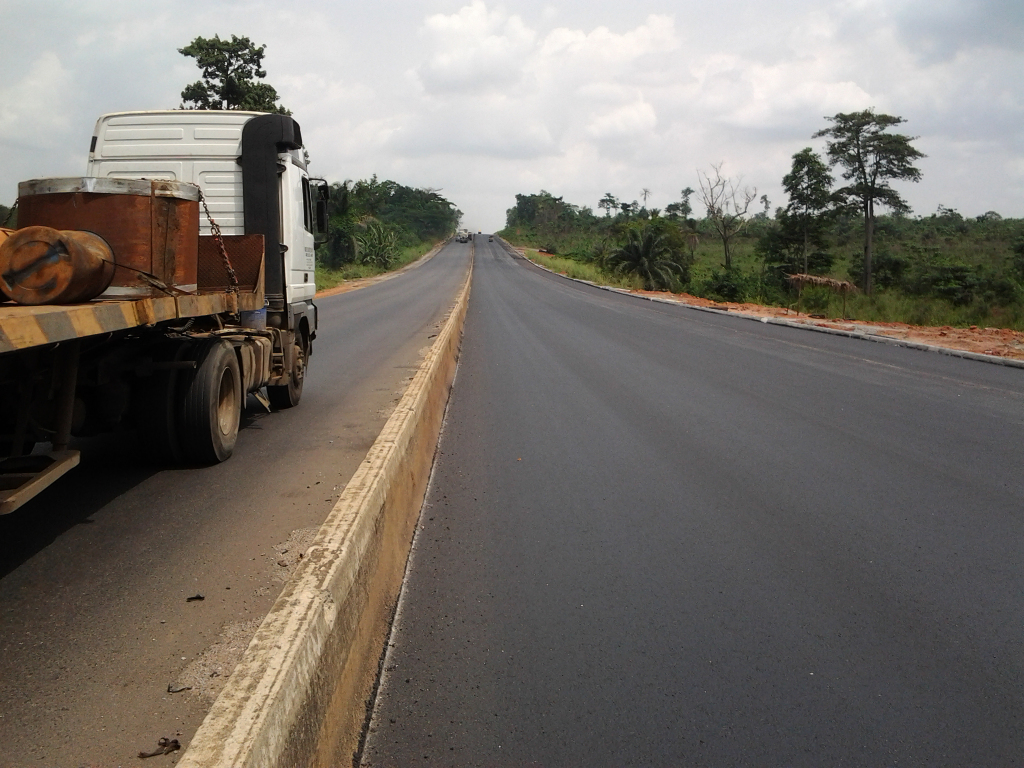 The Minister of Niger Delta Affairs, Chief Steve Oru, said on Friday that the East-West road was 77 per cent completed after an assessment of the work by contractors.

Oru, who stated this during an oversight function to the project site in Warri, described the dualisation project as massive and urged contractors to fast track the project within the proposed December 2014 deadline for completion.

According to the Minister, the project has various levels of completion stages; saying that Section 1 Warri-Kaiama 87.4km in Delta is 90 per cent completed.

Oru said that the ministry had constructed 37 out of the 41 bridges designed for the road.

He added that the ministry also constructed over 921 culverts out of the 1,000 designed for the road.

Oru commended the contractors for the massive work done so far on the East-west road while addressing journalists in Port Harcourt, Rivers capital, shortly after the inspection of the road.

He said the project still required enormous work to be done,

The minister said the deadline was attainable as the ministry had secured a $150m credit facility from the African Development Bank and N20bn from SURE-P to complete the project.

According to Oru, “It is a road of over N349bn. So, once we have the money the ministry is expecting we will be able to meet up with the December 2014 deadline.

“You will recall that this road was awarded in 2006 and was initially billed to have been completed by 2010, but due to few challenges nothing reasonable was recorded as only 10 per cent completion was attained before we took over in 2009 where we had to complete the design and the drawings in 2010.

“The ministry has been working round the clock to ensure that the project is delivered upon as promised.

“Luckily we have a President who has a commitment to see that this project becomes a reality. He gave us a marching order and we have not been sleeping.

“I and my dedicated team members are bent on handing over this road to the people of Niger Delta and to Nigerians at large”.

The News Agency of Nigeria recalls that the Supervising Minister, Mr Darius Ishaku, had earlier said the East-West road project was 70 per cent completed after an assessment of the level of work done by the contractors in March.

He said that the federal government has committed N248bn as at March with funds drawn from the ministry’s annual budget, SURE-P and AfDB.

He, however, said that the ministry had obtained a $300m loan from AfDB, adding that about 50 per cent of the loan was released and committed to the 2013 financial year whereas the balance will be released this year.

He disclosed that the total contract sum for the East West road was put at N349.87bn out of which N248bn had been paid for work executed. (NAN)