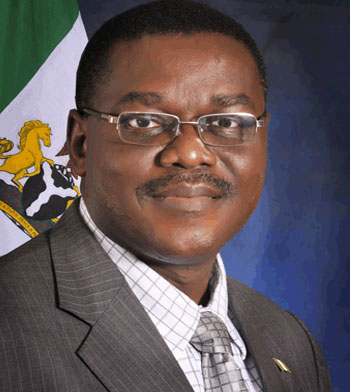 The Association of Animal Hunters yesterday demanded the immediate removal of the Minister of Health, Prof. Onyebuchi Chukwu from office, over the dissemination of information to the general public on the Ebola Virus Disease.

The association said while it supports measures taken to stop the spread of the deadly virus, it was against the “unscientific, nonsensical and palpably wicked notices” of the minister to “frighten Nigerians” from consuming “their age-long bush meat delicacy”.

The association said such information is not only misleading but wicked and worthy of punitive action against the perpetrators, adding that it was also “a threat to the livelihood of animal hunters”.

In a statement issued in Benin City and signed by its national president, Comrade Ray Macaulay, while challenging the ministry to back its claim of the presence of Ebola in animals since the outbreak of the virus in Nigeria three weeks ago, they wondered “how could Ebola virus jump from Patrick Sawyer and those who had direct contact with him at the Lagos hospital and the aircraft by which he came, into Nigerian wild animals within a space of three weeks?”

They stated, “If an animal connection is to be considered, the most reasonable and scientific would be only the domestic animals that inhabit environments where human waste are deposited. Yet, no mention is made of these more environmentally–vulnerable animal as possible carriers in the ministerial information and notices and no pressman has asked any question about these obvious facts; scientific facts.

“We demand that the ministry tell us if indeed there had been confirmed or unconfirmed incidents or outbreaks of Ebola virus in Nigeria before now, so we can believe that he and his officials are now taking advantage of the current situation to destroy Ebola out of Nigeria. Otherwise, the ministry needs to explain to Nigerians how the incident of the single strike of Ebola in Lagos could have become ZOONOTIC overnight.

“If not, we demand that Dr Onyebuchi Chukwu be relieved of his appointment as the minister of Health of the Federal Republic of Nigeria for deliberately mishandling the information on the Ebola incident in Lagos, thereby causing Nigerians to panic and at the same time threatening the livelihood of over five million Nigerians who depend on bush meat, including the traders”, the statement read.