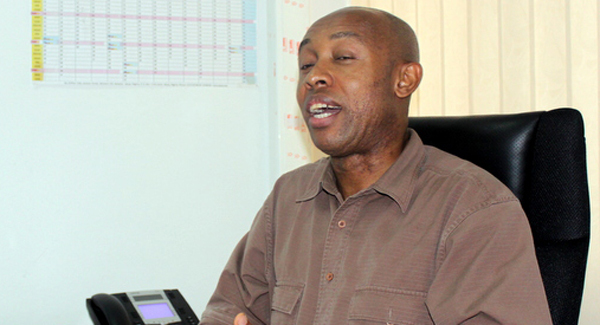 The Chairman of the Nigerian Human Rights Commission, NHRC, Prof. Chidi Odinkalu, has urged the Nigerian Bar Association, NBA, to shelve its forthcoming National Conference scheduled to take place in Owerri between 24 and 29 August, to curtail the spread of the Ebola virus.

The NHRC boss disclosed on Sunday that he has been one of those placed under observation for possible Ebola infection having been treated as an outpatient by one of the doctors who had contact with the Liberian Ebola victim, Patrick Sawyer.

Mr. Odinkalu said he will not be attending the conference where he has been penciled down as one of the speakers.

He said despite the NBA’s claim that “adequate” safeguards are in place to check the spread of Ebola during the event, the body would have had no way of knowing he was under observation if he had not revealed the information.

He added that in the interest of public health safety, the conference, which usually attracts large number of lawyers from across the country, should be called off.

“It will be ill-judged to continue with the conference in the circumstances of the present public health emergency prevailing in the country”, Odinkalu said in a statement released on Sunday.

He called on the NBA leadership to take a cue from the World Health Organisation and the Nigerian government, who have declared the outbreak a national health emergency and have subsequently advised against the gathering of large number of people.

“In Nigeria, Government at Federal and State levels have agreed to extend the current school holidays while measures are taken to assess the Ebola threat and bring it under control”, he said.

Mr Odinkalu said the claim by the NBA leadership that it has taken adequate anti-Ebola steps for its members does not suffice since it failed to give details of what those measures are.

He urged government to compel the association to suspend the conference if his appeal to its leadership falls on deaf ears.

“The NBA Conference is usually a very large gathering. Its venues usually attract well in excess of 20,000 participants, traders and visitors. It’s an excellent market place for a virus in search of vectors”, he said.