Indian prostitutes of the largest ‘red-light’ area of Sonagachi, located in Kolkata (Calcutta), West Bengal State, India, have been asked to stop selling their services to Africans due to current Ebola virus epidemic in West Africa. 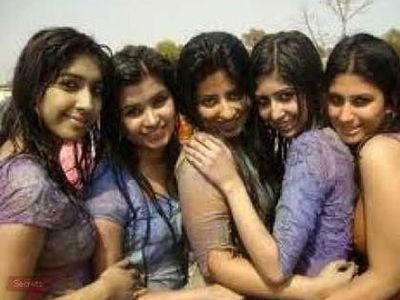 The directive has been given by a non-governmental organisation Durbar Mahila Samanwaya Committee (DMSC) which currently unites over 130,000 of commercial sex workers (male, female and transgender).

The decision has been made as the DMSC realised the huge risks of contracting a virus in case an infected person decides to have fun.

“We have requested the sex workers not to entertain Africans as it can be a life risk for them if they get infected by the highly contagious Ebola virus causing havoc in some West African countries,” Mahasweta, a member of the organisation, told local media.

Durbar also conducted training to its members on how to identify a potentially-infected person. Apart from learning to note Ebola symptoms, the sex workers are being educated on sexually transmitted or body contact transmission diseases.

When asked if the discriminatory measure would be applied to all the foreigners, or just to Africans, a supervisor of the training program, Mr Samarjit Jana, said: “This is for the sex workers to decide. We can request them for their own safety and we have told them to be careful.”

It would be noted that the recent official number of EVD victims is not less than 1,350 people. Almost 2,500 cases have been confirmed by the World Health Organisation.

Guinea, Liberia and Sierra Leone are the most affected nations. Nigeria has recorded 5 deaths so far, but, according to foreign observers, is doing everything right to contain the spread of the deadly virus.