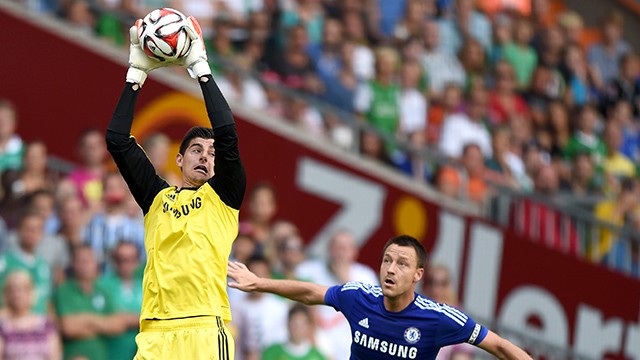 ‘’If you gonna be two faced, at least make one of them pretty’’

Many Arsenal supporters drowned in frustrations when Mourinho labeled their manager a ‘’Specialist in failure’’. It was a mordacious attack that even some of the faithful agreed, before the FA Cup triumph last season.

In the end though, the snake swallowed the pig. Arsenal ended their nine-year trophy drought by lifting the FA Cup in Wembley, whereas Jose Mourinho, well, failed by his own standards.

Although, the Portuguese with his clever antics, exempted himself from any possible criticism by ruling out his disciples from the EPL fight last season, using an analogy about ‘’a little horse that needs milk to grow’’. Deep inside though, we all know Mou hates falling second best to anything.

So it wasn’t surprising to me when he singled out his team from the title race that would have seen them crowned Champions had results gone their way.

Mourinho sees things from a cliff-like perspective. He knows when to grab situations from the scruff of the neck, and with his lucky nature, culminates to an enigmatic human being.

Demba Ba was as good as useless for the blues last term, and it’s evident as he recently sealed a move to Turkish side Besiktas. Despite his redundancy, the Chelsea boss blocked a move to Arsenal, after initially permitting, but changed after the North London club signed Mesut Ozil.

To him it’s a method of not strengthening your rivals. In his policy, its forbidden. He said:

Yet, Juan Mata was sold to Manchester United under Mou’s nose for bewildering reasons.

Even though he confidently ruled out the Blues from EPL glory the previous season, his decision to grant the Spaniard a move to United was to ostensibly strengthen the appalling Manchester outfit, under the tutelage of David Moyes, in favour of Chelsea’s title aspirations, as United had crucial affairs with Arsenal at the Emirates and also arch rivals Manchester City. You see he never falls second best? You have been paying attention.

It was no qualms for Arsenal to ignore a golden chance to re-sign Cesc Fabregas from Barcelona. The Gunners midfield options is so robust and substantial. After Wenger refused to bring the 27-year old back to where he made a name for himself, Mourinho acquiesced, but it didn’t stop there.

Keen at taking a swipe at Arsenal, the once Inter Milan boss revealed it was ‘’beans’’ to lure the Barcelona playmaker to Stamford Bridge.

And it’s logical to give credit where credit is due. Since Mourinho could lure one of the best Midfielders in the world in minutes, that shows his prowess.
In same vein, Werder Bremen deserved more sportsmanship comments from their emphatic victory against the Blues, over that of a male child cursing and licking his wounds.

It was a friendly that the German team started in an effulgent fashion. The presence of the intimidating Blue warriors didn’t seem to deter them, as they pressed early on. Soon afterwards, they were rewarded with a penalty when Eljero Elia cross hit the left hand of the controversial John Terry. It was a penalty and it was given. Elia placed the ball in the right corner to draw first blood for the menacing boys in black.

Moments later, Ludovic Obraniak from 10 yards got in the end of a fine Elia’s cross and finished in a sumptuous style. Courtosis looked bereaved, so did his Chelsea compatriots who were ruing a Fernando Torres miss prior to the goal. The Spanish striker couldn’t connect with an Azpilicueta cross and missed horrendously from 2 yards.

Drogba and Hazard came on in the second half to lift the faces of the moody Chelsea supporters, but the duo neither had a say in the game. Again, the blues defense gave away another silly penalty, this time courtesy of young Nathan Ake that Felix Kroos had no difficulties converting.

In what was an enjoyable performance from the club nicknamed ‘’Sphinx of the North’’, Mourinho wasn’t buying it.

His abhorrent post-match comments was a scathing attack on a genuine display from Robin Dutt’s boys, and above the limits citing the importance of friendlies are to get players fit ahead of the new season. Mourinho hates falling second best.