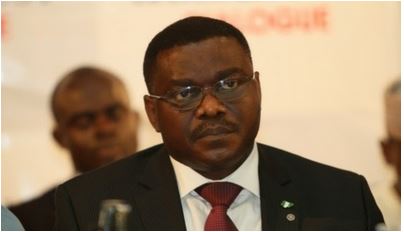 OK, this is getting confusing. On Tuesday August 26th, Nigeria’s Health Minister, Prof. Onyebuchi Chukwu said there was only case of Ebola in Nigeria, now he’s confirmed that a doctor indeed died in Port Harcourt from Ebola. His name is Ikye Enemoah.
Speaking with newsmen in Abuja today, the Minister said the doctor died on Friday Aug. 22nd after treating a diplomat who had direct contact with Patrick Sawyer, the first case of Ebola virus disease in Nigeria. He said laboratory analysis on his corpse showed he died from Ebola.

“Following the report of his death by the doctor’s widow the next day, the case had been thoroughly investigated and laboratory analysis showed that this doctor died from EVD (Ebola Virus Disease” the Minister told reporters in Abuja