ISIS militants yesterday released a video showing them executing about 300 Syrian soldiers they captured near the Tabqa air base as the soldiers attempted to flee the fallen air base in Raqqa, Syria.They stripped the soldiers down to their briefs, took them to the desert, lined them up and executed them. Then hours later, they posted another video showing captured Kurd fighters wearing orange prison uniforms. This time they executed only one….beheaded him on video (pictured right)…while warning the Kurds to break from their alliance with the US government against the caliphate or face more capture and executions.Islamic State also threatened America in the video, warning them to cease its support of the Kurdish people or they will continuing beheading prisoners, including Americans. See the photos below. 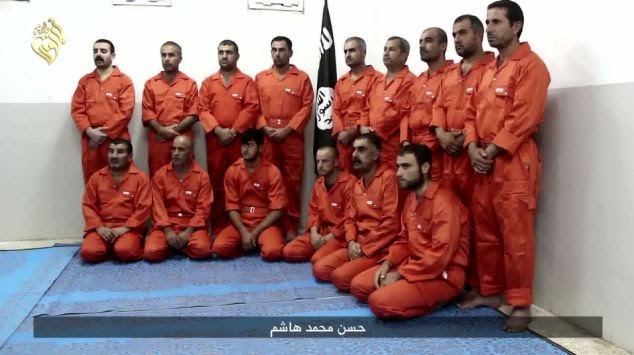 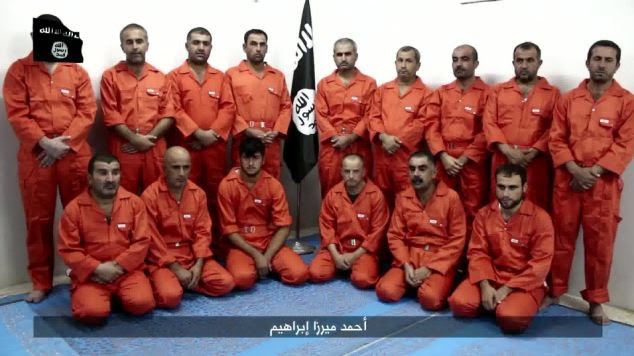 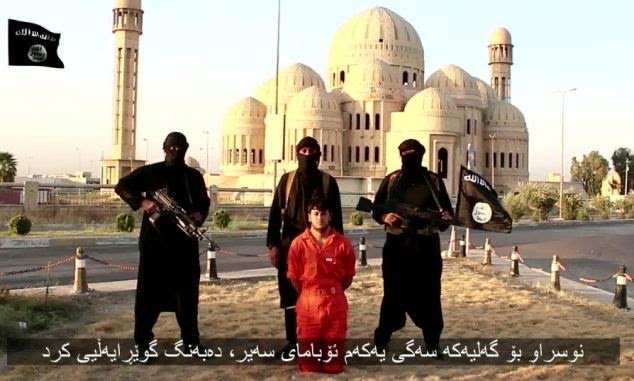 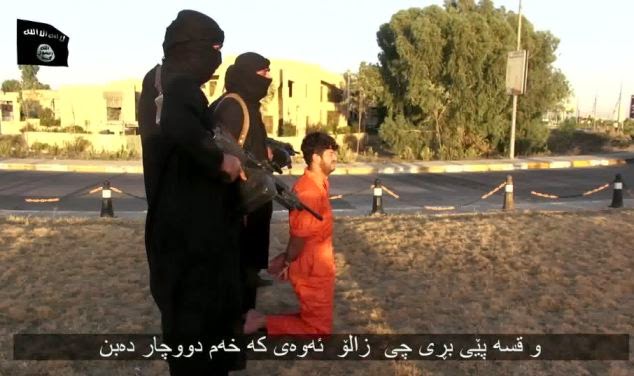 The Syrian soldiers that were executed… 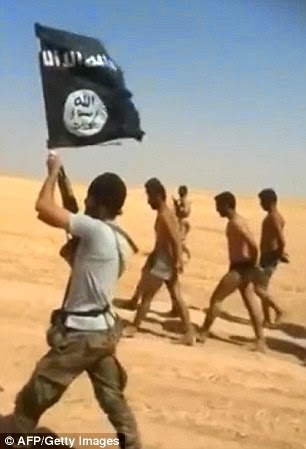 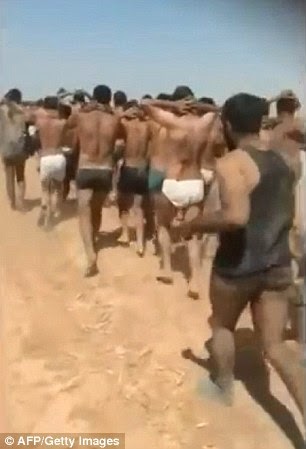 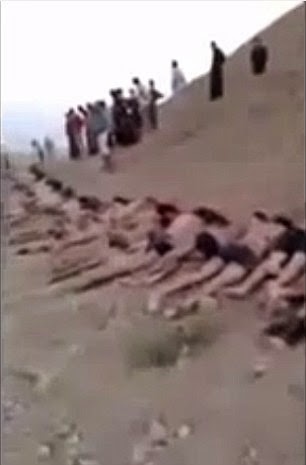 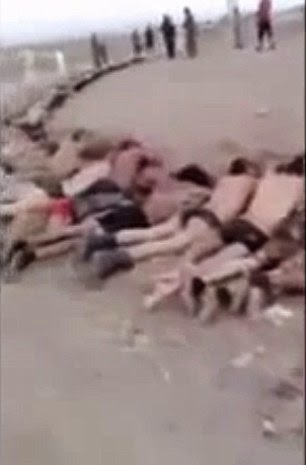 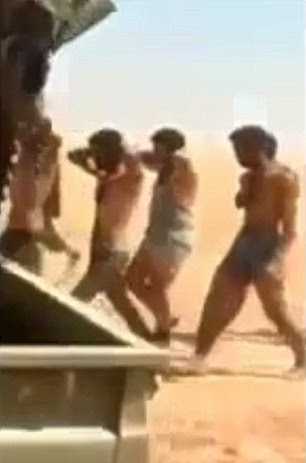 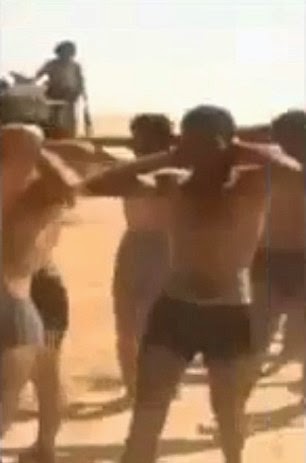 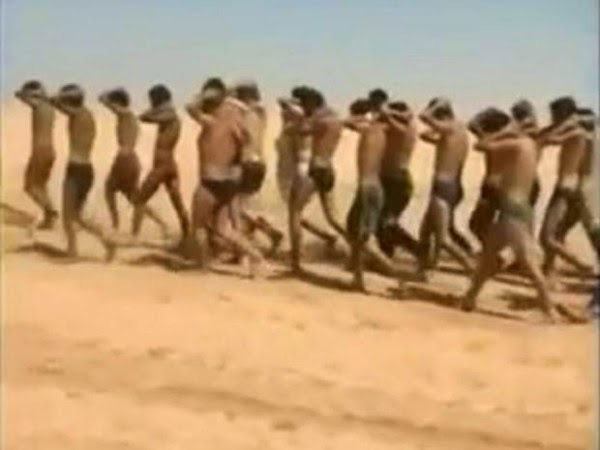 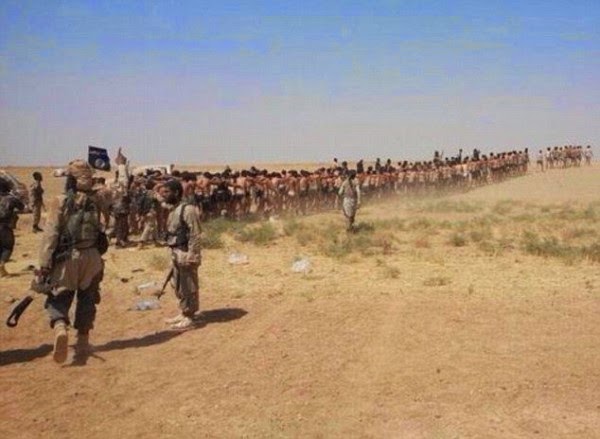 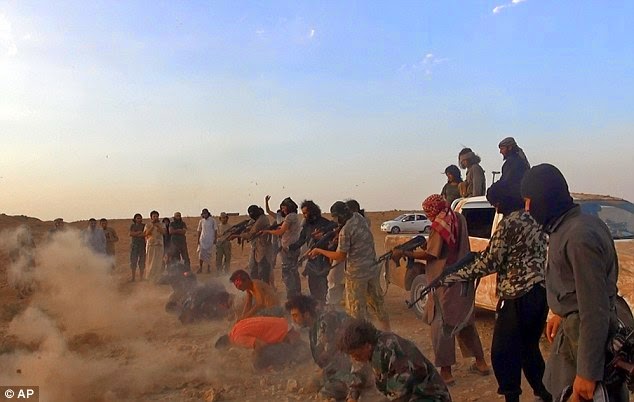