Home News Feed “I won’t advise any man to have more than one wife” –...
Facebook
Twitter
WhatsApp 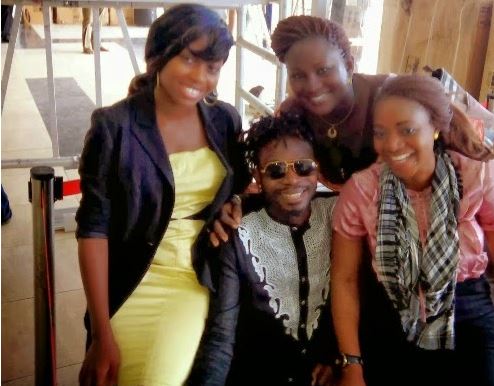 Singer/music producer OJB Jezreel who has 3 wives (pictured above with him) says he won’t advise any man to have more than one wife. Speaking with Saturday Punch, OJB explains;

But you married three?
Oh yes I did. When I was growing up, I even said I was not going to get married. I said I would just have children. But see, it is not the same story now. I just feel it is destiny.
Don’t you regret it?
There is no regret. Initially, you would tell yourself that if you had one wife, this would have happened or that would have happened if you didn’t. But then again, you have to check and understand that life is in stages. I am appreciating life the way it is. Out of the marriages, I have eight beautiful children. When I look at them, I am happy. They are my investment.

I still can’t get over women being okay with sharing one man…especially young, modern women. But everybody to their own…