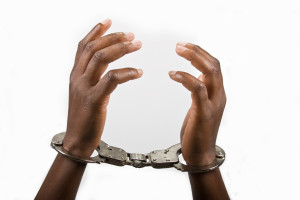 An Ilorin Magistrate’s Court has remanded a 21-year-old cattle rearer, Mohammed Janyu, in prison for allegedly killing one Garba Salihu.

According to the First Information Report, the case was transferred from the Divisional Police Headquarters, Okuta to the Department of Criminal Investigation, Ilorin, Kwara State.

According to the FIR, on July 30, Salihu Isiaka and Abubakar Garba Majo, both of the same address as the accused, reported at the police station, Okuta, that their children, Garba Salihu and Mohamed Majo were celebrating Sallah at the village square, where the accused and his gang were also drinking and disturbing the peace.

“When the deceased attempted to bring them to order, the accused brought out his knife and stabbed him in the chest, while members of his gang, who are now at large, also macheted the second deceased, Mohammed Majo to death and fled the area. However, members of a vigilante group went after them and arrested Mohammed Janyu”, the prosecution said.

The police prosecutor, Inspector Wodi, said Mohammed Janyu confessed to the crime, but could not provide information on the whereabouts of his gang.

Wodi urged the court to adjourn for two weeks to enable them conclude investigation.

The accused, who was arraigned for culpable homicide, an offence contrary to Section 221 of Penal Code, pleaded guilty.

Magistrate Mohammed Ndakene then ordered his remand at the Federal Prison and adjourned the case to September 9.