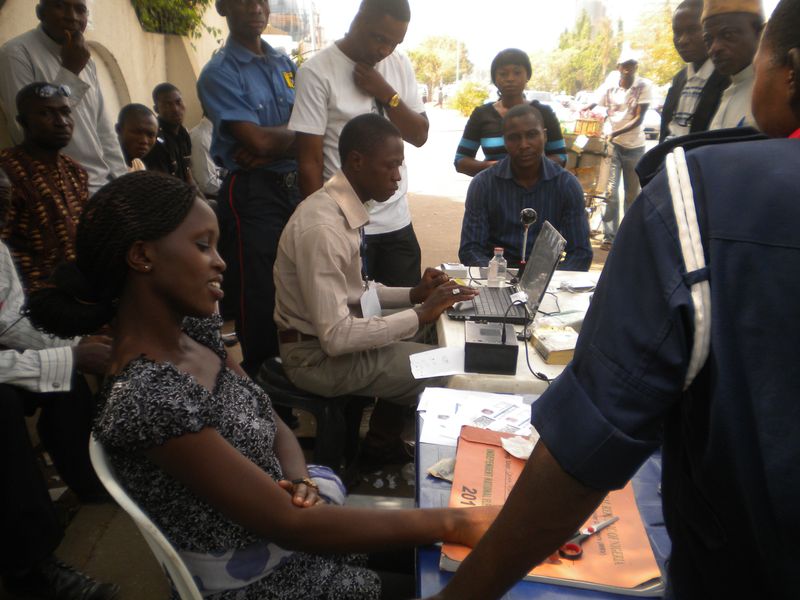 The Independent National Electoral Commission, INEC, has said it is ‘logistically impossible’ to extend the second phase of the Continuous Voter Registration, which ended on Monday.

It, however, said it would give a fair chance to legitimate registrants and would on a yet-to-be announced date, set up registration points at its Local Government Area offices where such people can go to register.

In a statement by the Chief Press Secretary to INEC Chairman, Kayode Idowu, in Abuja yesterday, the commission stated that old tendencies towards irregularity, such as partisans urging people to come out and do multiple registrations, largely accounted for the crowd clusters lingering at registration points set up for the CVR.

It said, “Much as the Commission is eager to ensure that all legitimate persons who are yet to register as voters have the opportunity to do so, it is logistically impossible to extend this phase of the CVR beyond its scheduled deadline ( August 25, 2014).

“But in order to give fair chance to legitimate registrants, the Commission will, on a date to be shortly announced, set up registration points at its Local Government Area offices where people yet to do so can go to register”.

The electoral umpire said that the registration process was further compounded by many people who had relocated since the last registration exercise, but turned up for fresh registration.

“But, unfortunately, these sets of people obstructed legitimate registrants from having their turn at the registration points”, it said, adding that when data are consolidated and de-duplication is carried out, all instances of multiple registrations will be eliminated.

The Commission also appealed to anyone who has previously registered and already has his/her records in the biometric register of voters, should avoid re-presenting themselves at any other place for registration.

According to INEC, if a previously registered person had relocated from where he/she registered, such a person should simply apply for transfer of the registration data to the new location, as provided for by the electoral law.

The statement further said, “If anyone found his name on the register displayed ahead of the distribution of Permanent Voter Cards, but was unable to collect his PVC during the distribution period, such a person should go to respective LGA office of INEC where the card will be awaiting collection by now.

“INEC again hereby urges all stakeholders in the electoral process to commit themselves to playing at all times by the rules in the collective quest to enthrone free, fair and credible elections”, the statement said.