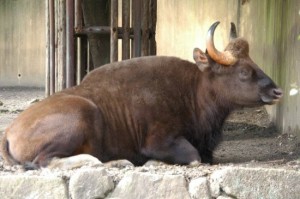 Kanzawa Sensei, a renowned Japanese Chi Master, claims that he has the power to make animals fall asleep. He says that his mind is so powerful that it can take control of multiple animals at a time. His superhuman mind control has been featured on various TV shows, and while it appears he can truly put animals to sleep, there are those who think he’s nothing but a fraud.

Chi, or Qi, is an ancient Chinese concept that translates as ‘life energy’ – an energy that permeates the whole universe. By using their bodies to tap into this energy, Chi Masters are able to perform marvellous feats that are otherwise impossible for normal human beings. That’s why it’s entirely plausible that Kanzawa Sensei might just be telling the truth about his powers.

Kanzawa claims that he uses another kind of Chi to control animals. “I exchange energy with the animals and then they go to sleep,” he said. “I can use my Chi to make them fall asleep. I put my fingers together and then there’s an exchange of Chi between the palm of my hand and the animal. The strength of the energy grows and eventually the animal relaxes and goes to sleep. Every animal is different, but yes, I can make any animal go to sleep.”

Several online videos show Kanzawa working his magic on a variety of animals – deer, kangaroos, mongooses, lion cubs, tiny rats, hamsters, and more. Several attempts have been made to test Kanzawa’s authenticity. One of the most recent ones was during a documentary film aired on the History Channel. The host of the show brought Kanzawa to the Sweet Water Alpaca Ranch in California, where he had to work his magic on a herd of Alpacas.

Ranch owner and Alpaca expert Cecilia Secka said that Alpacas are naturally curious animals, and very aware of what’s going on around them. To top it off, the test was conducted during the Alpacas’ feeding time, when they were the most active.

Kanzawa was brought to the herd, and he began to walk towards the Alpacas, performing various motions with his right palm. Interestingly, the video footage shows the Alpacas dropping to the ground, one by one. “They are unusually subdued,” Cecilia commented at that point. “It’s uncommon to kind of see them go down like this.”

Once the Alpacas were all down, Kanzawa started to back away from the herd, because he believes that his power is stronger from a distance. “They’re all down apart from the alpha female,” said Cecilia. “To me it would be pretty amazing if she lies down.” The alpha female, whose job was to protect the rest of the herd while they slept, let out a few yawns and, finally, succumbed to Kanzawa’s powers.

Cecilia was amazed, she said this was not normal behavior for Alpacas, and especially not for the alpha female. “He also cured one of my females that had come down with a very strange paralysis that morning,” she later wrote on her website. “He used Chi on her and within 10 minutes she was fully restored and never had any more symptoms of lameness! It was quite extraordinary!”