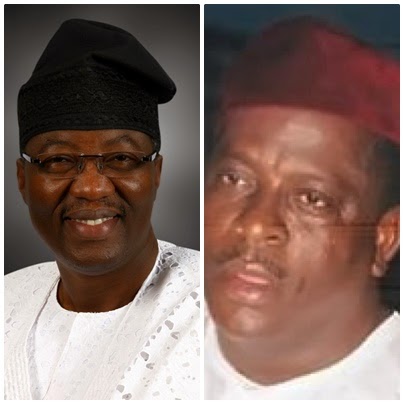 Chairman of the Peoples Democratic Party (PDP) Organisation and Mobilisation Committee in the South West, Prince Buruji Kashamu has described the former Governor of Ogun State, Otunba Gbenga Daniel, as “someone suffering from an over dose of political prostitution”.

Kashamu was reacting to a statement credited to Daniel on Sunday in some national dailies where he (Daniel) described him as “suffering from political inexperience and over confidence”.

In a statement issued yesterday by his media adviser, Mr Austin Oniyokor, Kashamu said, “It was Daniel that is suffering from over dose of political prostitution as a result of his serial defeat in the battle for the souls of the various parties he sought to ply his trade”.

The statement reads in part: “It is laughable that a renowned political prostitute like Daniel can refer to someone who has defeated him severally as inexperience and over confident. What Daniel probably presumes to be his experience is how he uses party platform to negotiate and feather his own nest, just like he did in 2011. The national leadership of our great party, the PDP, is wiser now and will not fall for such tricks anymore.

“Perhaps, he thought we have forgotten that it was the same Daniel who jumped from the Alliance for Democracy (AD) into the PDP, and from PDP to PPN, now PPN to LP, after the PDP made him all that he claims to be today.

“Only a few weeks ago, the Senate President, Senator David Mark, told the whole world that the PDP is not in any working arrangement with any party. We do not need any allied forces. PDP is PDP. LP is LP. Simplicita!

“For the teeming members of the Ogun State PDP, Prince Kashamu’s so-called political inexperience is good for them. It was the ‘political inexperience’ that made him defeat Daniel in the struggle for the soul of the PDP in 2011 and beat his PPN to a distant third position in the polls. Again, his so-called inexperience and over-confidence, has made him defeat all the reactionary elements within the Ogun State PDP and the South West, and returned the party structures to the people who are now choosing popular candidates that are delivering for the PDP.

“If Daniel knows that he is experienced politically, how come he abandoned the PPN that he hijacked in 2011. Why did he not build it? He has again gone to hijack the Labour Party and the move is dogged by another round of litigation. I wager that with Prince Kashamu’s so-called political inexperience, he shall soon meet his waterloo again. But until then, he should face his corruption charges with the EFCC and return all the public property that he acquired illegally!”

The PDP stalwart also urged the Police and the State Security Service (SSS) to expedite action on the petition regarding the 2008/2009 massacre of hundreds of students of the Olabisi Onabanjo University (OOU) and bring the culprits to justice.