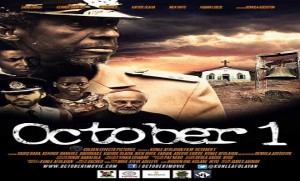 Celebrity director and filmmaker, Kunle Afolayan has announced that his new movie, October 1 will premiere on September 28 at the Eko Hotel and Suites.

The film is already receiving rave reviews from the private screenings held to promote the film.