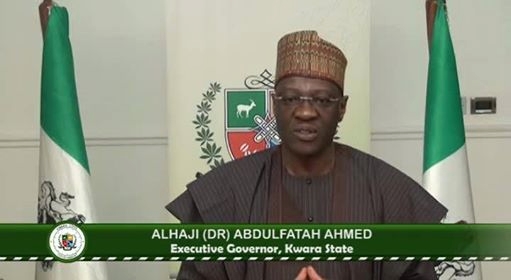 A group under the aegis of Kwara North Youth Consultative Forum (KNYCF) has urged Governor Abdulfatah Ahmed to run for a second term in office.

The youths, drawn from the five local government areas of Kwara North Senatorial District, hinged their support for the governor on his programmes, particularly the empowerment of young people.

The youths, who addressed reporters in Bode-Saadu, headquarters of the senatorial district, said the Ahmed-led administration in the state had empowered many youths.

They added that the governor recently appointed youths from the area as special assistants.

Leader of the group, Comrade Ibrahim K. Mohammed, said: “We are well-structured and connected to the grassroots. We know what is happening in all the five local government areas; comprising Baruten, Edu, Kaiama, Moro and Patigi”.

He promised the readiness of the forum to ensure that the mandate of the Ahmed administration is renewed in the next election.

Mohammed, however, denied speculations that his group was funded by some interest groups in the ruling All Progressives Congress (APC).

He explained that the “endorsement was prompted by the doggedness of Ahmed’s administration in pursuing shared prosperity vision for the people of Kwara State.

“Governor Ahmed, at inception, made a pronouncement on legacy of continuity of his predecessor under his shared prosperity programme. Three years down the lane, his administration has made strides in health, agriculture, education and energy.

“Others areas of his focus are works and transport, youth development, commerce and cooperative, water resources, women affairs, land and housing as well as sports.

“The governor has sincerely empowered youths. If you look at the last few months, he has done a lot for us. The beneficiaries of the transport scheme are mostly youths, the same with KWABEES and other programmes and just of recent, he appointed Special Advisers, most of whom are also youths from our area. So, we feel that having seen what he has done, we have a duty to convince him to continue – that is the spirit. Nobody is sponsoring us”.

The group also commended former Governor and Chairman, Senate Committee on Environment and Ecology, Dr Bukola Saraki “for his vision of a better Kwara State”.