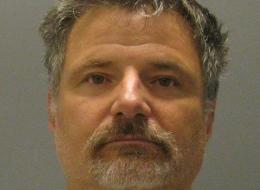 A man living with his family in Minnesota was arrested on Tuesday in connection with a three-decades-old murder cold case in Texas.

Otteson was arrested in Lakeville, Minneosota, approximately 900 miles away from the scene of the crime. He is being held as an out-of-state fugitive on $300,000 bail.

“As you can imagine, the wife in this situation is kind of gobsmacked,” Tyler Bliss, an attorney who will represent Otteson during extradition proceedings, told the Star Tribune. “The family is in a really difficult situation, and they request privacy.”

Police said that new information led them to Otteson, but declined to specify exactly what had come to light, according to the St. Paul Pioneer Press. Some sources, however, said that Otteson was in possession of a shirt with DNA linking him to the crime.

Until now, only a sketch existed of a potential suspect. A source told Fox 9 that Otteson’s home was searched this past winter and a shirt was found in the garbage. DNA on the shirt connected Otteson to the murder.

A few parking tickets and traffic violations notwithstanding, Otteson had lived a quiet life in Minnesota since the mid-90s.