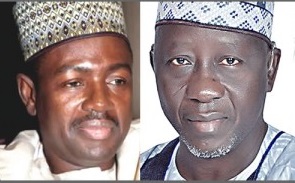 The Minister of Information, Labaran Maku, said the Federal Government was not behind the impeachment saga in Nasarawa State.

He also said the Peoples Democratic Party, PDP, would not be intimidated by the antics of the governor to evade justice “by instigating violence in the state”.

The minister spoke at a solidarity rally staged by the PDP in support of the state legislators pushing for the impeachment of Governor Tanko Al-Makura.

He cautioned the state government to desist from the use of thugs to intimidate state legislators in what was strictly a constitutional matter.

He urged youth in the state to remain calm but strong as the party would support the legislature to pursue the matter to its logical conclusion.

The Chairman of PDP in the state, Yunana Iliya, who presented a solidarity letter to the Clerk of the Assembly, said the party was behind the lawmakers.

He said the state PDP was solidly behind the legislators, urging them to remain strong in the discharge of their constitutional mandate.

Mr. Iliya warned the ruling All Progressives Congress that the party would resist attempts by the state government to intimidate its members in the legislature.

Former Governor Aliyu-Akwe Doma, PDP Senators and House of Representatives members from the state attended the rally. Leaders and members of the party moved from the state party secretariat to the House of Assembly.

The PDP in Nasarawa State had expressed its support for the position of the legislators in a communiqué issued on Tuesday. They affirmed their solidarity and support for the House of Assembly’s impeachment move against the governor.

The impeachment move by the 20 PDP state lawmakers failed when the panel set up by the chief judge dismissed the charges levelled against Mr. Al-Makura.