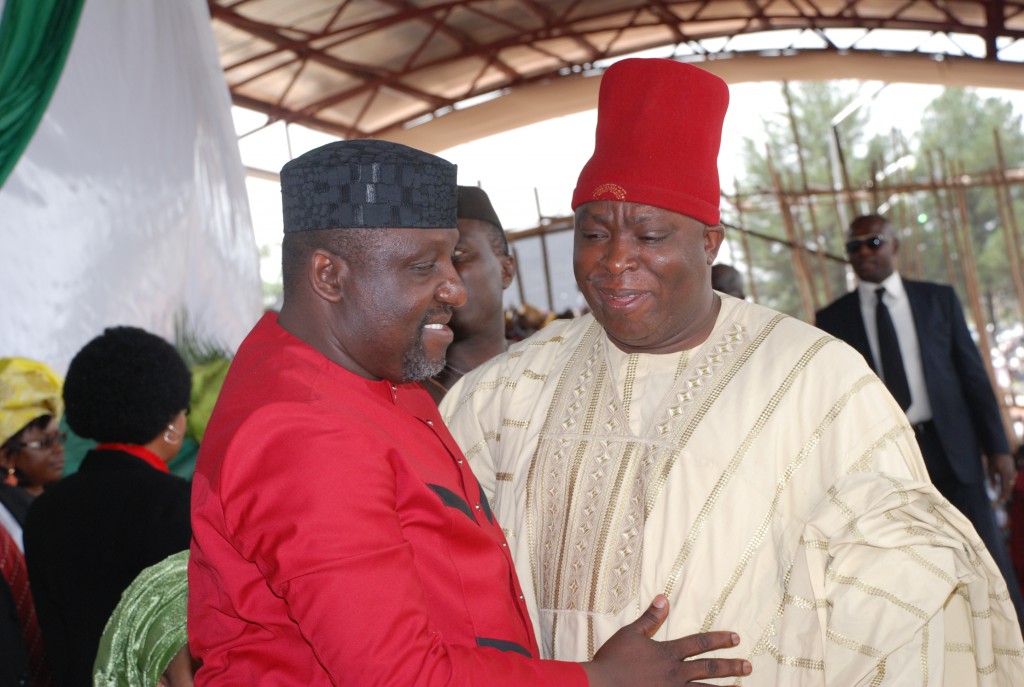 The decision of Imo State Governor, Owelle Rochas Okorocha to abandon the All Progressives Grand Alliance (APGA), on whose platform he won election, has made him to become a drowning politician, the national chairman of APGA, Chief Victor Umeh has said.

Speaking with journalists in Umuahia, Abia State capital, Umeh said Okorocha embarked on a “misadventure of leaving APGA for the All Progressives Congress (APC)”.

He also closed the door against any attempt by Okorocha to return to APGA, saying the Imo governor had become a political liability.

“Okorocha has been swallowed by his misadventure and it is normal that he will be saying anything. Of course, he has been sending people to me that he will like to return, but you see him quickly refuting it”, he said.

The APGA national chairman said he had always said no to Okorocha’s clandestine request to return to the party that made him, but because he “did not behave well, we can’t entrust him with APGA again to do anything”, adding that it was now obvious that Imo people have rejected Okorocha, hence his desperation to return to APGA in order to repair his battered image.

Umeh dismissed Okorocha’s rescue mission agenda as a ruse, noting that the Imo governor lacked the Igbo spirit to implement such a programme.

He said that Okorocha’s brand of politics was against the interest of Ndigbo, “he’s not somebody you can describe as a proud Igbo man”, he added.

According to Umeh, APGA would in 2015, take control of Imo and hold Okorocha “accountable for his misdeeds”, and pay him back in his own coins for betraying the party after what he called “strenuous efforts” to make him governor.

Umeh also vehemently denied the insinuation that he collected $2 million to re-admit Okorocha in APGA, “I have proved myself in Nigeria politics as somebody who can’t be purchased by anybody no matter how much money you have”.

He added: “I am so focused and concerned on the affairs of this party and Igbo people and if you want to achieve that, you will not allow money to influence you”.