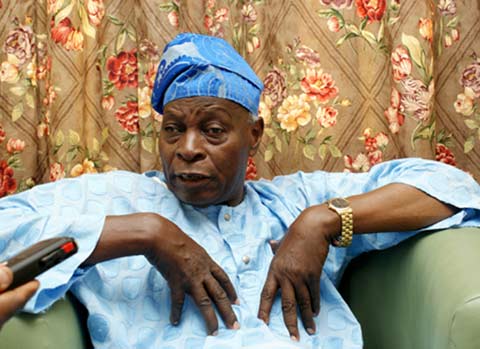 Former Secretary to the Government of the Federation, Chief Olu Falae, on Friday, called on stakeholders in the Osun governorship election to ensure a peaceful and credible election.

Falae told the News Agency of Nigeria by telephone that the electorate and political party candidates in the state shouldreplicate the conduct witnessed during a similar election in Ekiti on June 21.

He said each candidate should have the primary purpose of winning the election for the development of the state.

He also cautioned against thuggery, actions and utterances that might mar the election. According to him, successful conducts of state governorship elections are indications that the general elections in 2015 will be free and fair.

Meanwhile, preparatory to the election on Saturday, the Independent Electoral Commission, said it had taken measures to ensure that the election “is free, fair and credible”.

INEC stated in its information kit that 20 registered political party candidates for the election on the platform of different politicalparties had been captured.

The kit also stated that INEC could entertain complaints bordering on the conduct of the election by placing telephone calls to itsSituation Room in Abuja. (NAN)