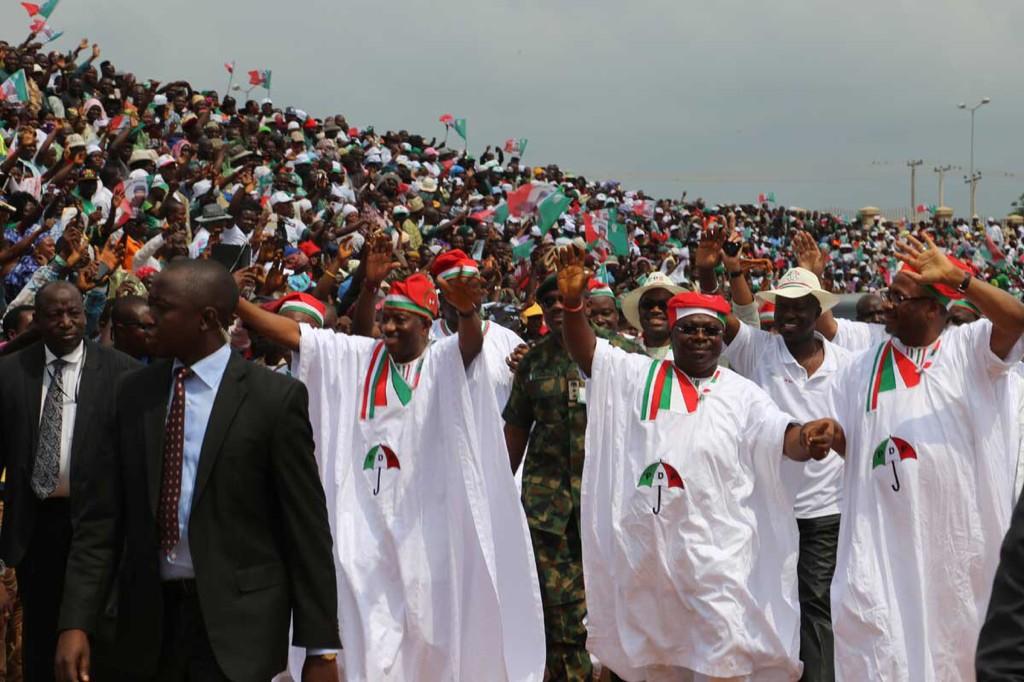 President Goodluck Jonathan said on Saturday in Ile-Ife that the PDP candidate for the Aug. 9 Osun governorship poll, Iyiola Omisore, would emerge victorious.

Jonathan spoke during a courtesy visit to Oba Okunade Sijuwade, the Ooni of Ife.

“Omisore’s time has come …God’s time is the best”, he said.

The president, who described Ooni as a blessing to the present generation, thanked him for his support.

He said Omisore was a “fantastic material” that Osun needed at this time to take the state to the “promised land”.

I urge support for the PDP gubernatorial candidate, cast your vote for him and Omisore will not let you down, Jonathan said.

Earlier, Sijuwade had called for a minute silence in memory of the souls of departed heroes.

The traditional ruler named such heroes as the late Obafemi Awolowo, Bola Ige, Alhaji Ado Bayero, the Emir of Kano and Igwe Okagwe, the Obi of Onitsha among others.

Sijuwade described Omisore as a humble person, recalling that he “stepped aside” for former Governors Bisi Akande and Olagunsoye Oyinlola when he prevailed on him.

According to him, it is only God who has the power to appoint the president, governors, and traditional rulers.

On the unity of the country, Sijuwade said: “Without unity the country’s progress will remain very slow”.

He appealed to traditional rulers to join hands with the government to rid the country of insurgency.

“With their support, Boko Haram insurgency and other activities militating against national growth will become a thing of the past”.

He said the South-West zone and particularly Osun needed more federal presence in line with the president’s transformation agenda.

Sijuwade also called on the government to continue to give critical sectors – agriculture and aviation a boost.

He solicited the support of the president for the revival of cocoa, completion Ile-Ife water dam and the expansion of Ife-Ibadan expressway. (NAN)