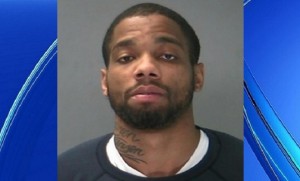 A woman was raped by her former boyfriend despite the fact that she had on order of protection taken out against him, police in New York said.

Brooklyn Police said on Monday afternoon, that they were looking to arrest 25-year-old David Evanson, after breaking into his former girlfriend’s home.

According to the police investigation, the attack occurred around 3:00 a.m. on Saturday in the Bensonhurst section of Brooklyn.

Evanson entered the victim’s bedroom through a window. Police said that Evanson choked the 21-year-old woman while she was in bed.

He then dragged her to the living room and sexually assaulted her before fleeing in a sedan. Evanson was described by police as black, 6 feet 2 inches tall and weighing 150 pounds.