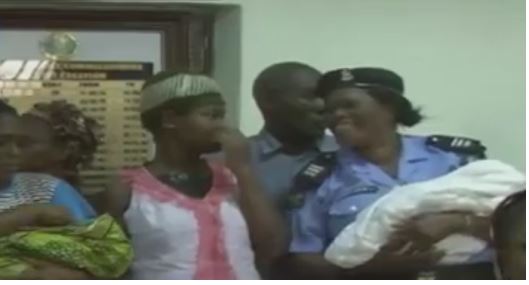 The Imo state police command have successfully rescued and returned two babies abducted from their mothers a few hours after they were born.While presenting the rescued babies to their mothers at the Imo state Police command headquarters, the head of the anti-human trafficking unit of the Imo police command, Mrs Elizabeth Okosun, said the police was able to rescue one of the babies after a tip-off by a commercial tricycle rider who suspected the shady behavior of the suspects when they boarded his tricycle about to travel with the baby to another state. Continue….

“The Keke man suspected them that this baby must have been stolen and dropped them at the Young Shall Grow car park on their way to Lagos.Then the Keke man now ran to the police station ” Okosun said

One of fathers of the babies, Mr Daniel Duruji while narrating how his baby was abducted said;

For 24 year old student Vivien Iwuji, she said she was deceived by her sister-in-law who promised to help her take care of her child while she studied not knowing the woman wanted to sell her baby

Speaking at the reunion ceremony, the state’s police commissioner, Abdulmajid Ali, pledged to rid the state of child traffickers. He said three suspects have been arrested in connection with the issue and appealed to religious and community leaders to give the police information if any woman or family without prior notice of pregnancy is seen with a new baby. 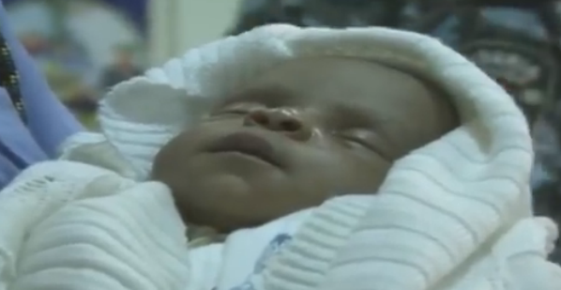