Preview: Everton vs Chelsea; Diego Costa in the squad 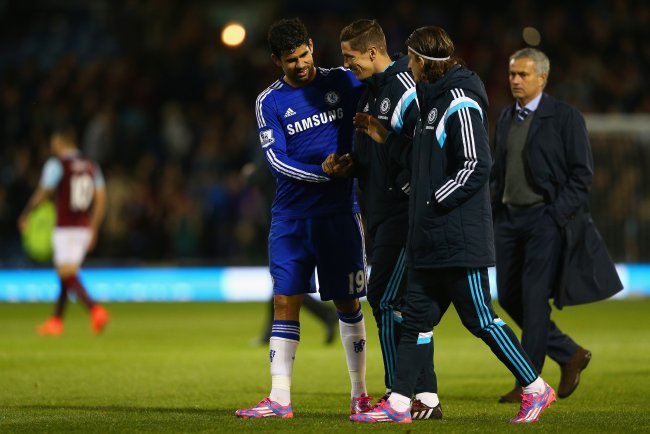 Definitely the top match of the weekend, there’s a lot at stake when Chelsea travel to Merseyside to take on Everton before the International break.

There would certainly be eyes monitoring Romelu Lukaku, who recently completed a permanent switch to Everton, as he faces his former employee Jose Mourinho.

According to reports, the pair relationship went sour which resulted in the striker’s exit from Stamford Bridge.

Roberto Martinez signed the Belgium for €38m, and recently backed the gigantic fee, stating he could have paid more for his signature.

Chelsea’s summer signing Diego Costa is in the squad for the clash, after a last scan played down the seriousness of injury he picked up in training.

We are trying everything for him to play [on Saturday],”

“He didn’t train for the last two days. Today is the last day.

New signing Cesc Fabregas, after making his full home debut last week, has settled down at the club, and ahead of the game told the club’s official website:

“There is a good team, technically gifted and physically strong, a great balance and a lot of winning mentality and I’m feeling comfortable. Everyone mixed with me really well and I am feeling good. There is a lot of competition too and we have a great bench as well and we are really excited about the season with so many games, so many competitions and we are really up for it.

The Premier League has changed a little bit since I was first here. I feel technically it has improved. The teams are better organised, the balance is much better and from tactical point of view they have improved much more than when I was first here.”