Home Entertainment Reminisce: “I’m Not Ready To Commit Myself To The Mother Of My...
Facebook
Twitter
WhatsApp 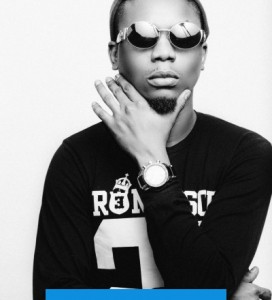 Wow, when I first read this headline, I felt like it was really a wrong thing to say; but what do I know right?!?

I bet a lot of you didn’t even know the indigenous rapper and Samsung ambassador, was a father. Not just a father of one, but two.

Reminisce lives with the mother of his children, but he says he is not ready to formalize the union because he is still planning his future.

I am having issues with commitment, he said.

He also noted that he wrote Goldie’s popular song, Don’t Touch My Body, but he has no issues with her and her management for not crediting him.

He also spoke about the reason why he does not flaunt his wealth on social media.

About formalizing his union with the mother of his two kids;
“Yes, we live together. But we have issues with commitment. I think we are not ready for marriage yet. We will formalize things when the right time comes. I am still planning my future because I am not going to be a musician forever. I will quit music, maybe after a decade. I hope to also study Political Science overseas because I want to go into politics (House of Representatives) at some point as well.”

On why he does not flaunt his wealth on social media;
“I am a very reserved artiste. I am able to differentiate between Reminisce the artiste and Remi the family man. That is why I don’t promote luxury. There is nothing I need that I can’t afford, but I am not going to show off on social media. When artistes do such a thing, they appear superficial and unapproachable to their fans. Instead, I simply invest in people.”