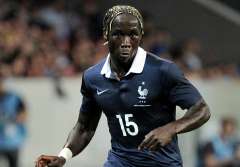 The France international refused a new contract at the Emirates to join the reigning English Champions.

Speaking to the press, he said:”I did (speak to Nasri and Clichy), many times,” he told City’s official website.

“So I was thinking about it, so when the opportunity came I just chose the right one.”

“I spent seven years in Arsenal and had a great time there but I wanted to start from the bottom again, to work hard again and I think I just chose the best city in England and even in Europe,” he added.

“To me, City is a great team, and I’ll have to work really hard to get into the team and that’s what I’m looking forward to.”

Samir Nasri and Clichy left the North London club in 2011 for greener pastures at City.