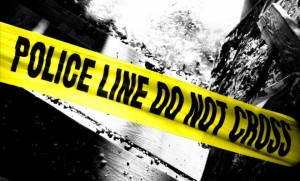 An American teenager and her boyfriend have been arrested on suspicion of murder after her mother’s corpse was found stuffed into a suitcase outside a five star hotel in Bali.

The battered body of Sheila von Wiese Mack was discovered in the boot of a taxi in front of the exclusive St Regis hotel in Nusa Dua on the south of the Indonesian island.

According to a police doctor her injuries showed the 62-year-old had become involved in a violent struggle which left her with several wounds to the head inflicted by “blunt tools”.

Mrs von Wiese Mack was found covered in bruises and had a number of her fingers broken, according to local police reports.
The widow from Oak Park, Illinois been staying in the hotel with her daughter.

The couple were arrested several miles away after police tracked them down to another hotel.

They told police they had been kidnapped by an armed gang before escaping although investigators have grown suspicious of their claims.

Mrs Von Wiese Mack was recorded on CCTV arguing with Schaefer in the hotel lobby the same night, hours later the young couple checked out and sent several suitcases down to the taxi.

However instead of leaving through the front entrance they took a route via a stretch of beach monitored by surveillance cameras.

“When they did not come down to get into the taxi, the suitcases were removed and the body was found in one of them,” said officer Utomo.

“This is murder, and we will decide from our investigation whether it is premeditated or spontaneous.”

Ida Bagus Putu Alit, a forensic expert at the hospital that conducted an autopsy, said Ms von Wiese-Mack had been “hit by a blunt object and the blows were concentrated on the face and head.”

“There were signs of a struggle by the victim as there were bruises on her arms and some fingers were broken,” Alit added.
Bali is a popular island in Indonesia that regularly attracts party goers from around the world.

The pensioner, who used to work for Senator Ted Kennedy,had been staying at the St Regis with her daughter before Schaefer later joined them.

The Mack family lived for a number of years in the Chicago suburb of Oak Park.

Oak Park spokesman David Powers said today police responded to 86 calls from the Mack home due to incidents between mother and daughter from 2004 through June 2013.

No arrests were ever made from the calls, which were a combination of reports of domestic violence, theft, missing person and 911hang-ups, Powers said.

Mrs von Wiese-Mack more recently had moved to a condominium in Chicago. Her husband and the father of Heather Louise Mack, classical music composer James Mack, died in 2006.