Teens Arrested For Brutal Killing Of Tortoise, Faces up to Five Years In Prison 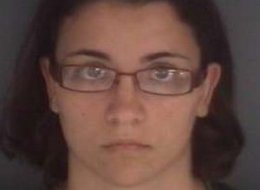 Two teenaged girls have been arrested for lighting a small tortoise on fire in a widely seen video that pushed Florida wildlife authorities to investigate.

Jennifer Greene, 18, and a 15-year-old girl allegedly posted a video on Facebook earlier this month that showed them lighting a gopher tortoise ablaze before picking it up, throwing it on the ground and stomping it to death.

In the video, a female voice can be heard saying “Burn, baby” and “Now you’re scared of us, huh?” according to AL.com.

The teens, both from a Jacksonville suburb, were charged Friday with felony cruelty to animals and a misdemeanor charge of harassing, harming or killing a gopher tortoise, the Florida Times-Union reports.Gopher tortoises are considered a threatened species in Florida.

If convicted, Greene faces up to five years in prison, according to KFOR. The 15-year-old’s case will be handled in juvenile court.

Jeff Econom, a counselor at Camp Tracey Children’s Home, told News4Jax that Greene was sent to the home at age 13 and resided there for about three years. He didn’t tell the station why Greene was sent there, but he said she is developmentally delayed and had a difficult childhood.

“People don’t understand that Jennifer came from a Romanian orphanage,” he said. “We will never know what happened over there and the transition to America. And she was just basically sent out to a camp.”

He said he was “shocked” at the allegations because Greene was always “gentle” with the farm animals at the children’s home. He also described her as someone who would do anything in order to feel accepted by others.