There’s a statue in Yaba, Lagos, of a man, whom many in Nigeria have forgotten. His family never have. And now, we all have a chance to remember him, and in a way, to honour him. He is the man on our one Naira coin.

Herbert Olayinka Samuel Heelas Badmus Macaulay, had a daughter, Sarah Idowu Abigail, who would get married and give birth to a son, Babatunde Kwaku Adadevoh. Babatunde would grow up to become a doctor, and have kids of his own. One of these children, Stella Ameyo, became, like her father, a doctor.

She would go on to work at a hospital in Obalende, Lagos, First Consultant Hospital, not very far from where her famous ancestor was once imprisoned by the British. Continue.. 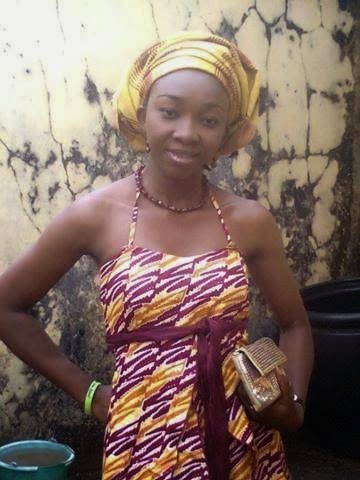 It was to be at that that place of work that Stella Ameyo was to perform an act that would save the lives of possibly hundreds of thousands, and sacrifice her own in return.

On July 20, 2014, a patient was wheeled in from the Murtala Muhammed International Airport. Patrick Sawyer, the patient, had shown signs of high fever during his flight from Monrovia, and was taken straight from the airport to the hospital. By the next day, his condition had deteriorated, and he was immediately placed under observation, while his blood sample was taken, and sent for tests. That same day, Mr. Sawyer insisted, with the help of officials of the Liberian Embassy, on being discharged. Stella Ameyo, as supervising doctor, stood her ground that he should not leave the hospital. It was at that point, while reinserting his needles, that she came in contact with him, and in effect signed her own death warrant. One of her junior colleagues, Justina Obi Ejelonu, who had the day before when Sawyer was brought in, helped in checking him, also assisted in placing him back in care. Like Stella Ameyo Adadevoh, Justina Obi Ejelonu, has passed away.

There is no other word to describe the actions of both women, and indeed their entire facility. In preventing the escape of this patient who had insisted on leaving, in his condition, for Calabar, 750 kilometres away, both women saved countless lives. What if Mr. Sawyer had decided that the best way to go to Calabar was to go to Jibowu and take a bus? Even if he’d chosen to go by air, which would have made his fellow passengers that much easier to trace, the potential damage is incalculable.

The most tragic part of the passing of both women is that they cannot even be buried decently, and with all the respect that their sacrifice demands. The very bug that cut them down is so virulent, so unforgiving, that even that honour, will be deprived them.

The sacrifice that Dr. Adadevoh and Nurse Ejelonu have made is the highest form of sacrifice that any man, or woman, can make for his, or her, fellow human being. It is said that there is no greater love than to lay down your life for your friend. Both women, and their colleague, put their lives on the line for 170 million of their fellow citizens, many of whom do not even understand the concept of what it means to be a citizen. The very least that Nigeria can do in appreciation, is to honour them. I have a suggestion for such an honour, and not some meaningless title or coin which will soon fall out of use. Nigeria should declare August 19 each year a national holiday, and in the names of both women. That way, some Nigerian child in six decades can ask his parent, “Mummy, who is Stella Ameyo Adadevoh?” And the parent can reply, “That woman saved my life, and the lives of all of us”. It is the least we can do. It is the least we should do.