The new marriage is over already? Atama Attah begs for forgiveness from ex-wife 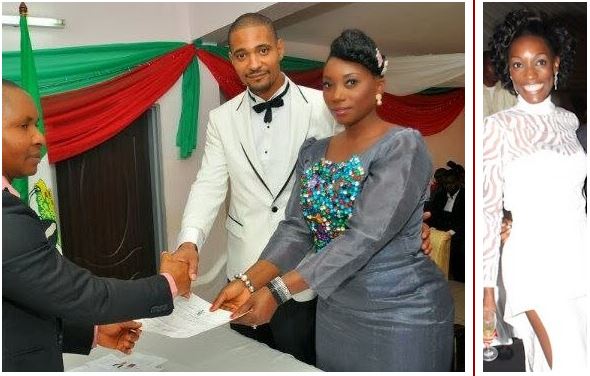 For those who have never heard of these people or this story, let me give you the tea. Hehe.So Atama Attah (pictured above) was married to Tundun Abiola (pictured right), one of the daughter’s of late MKO Abiola but divorced her last year after only three years of marriage and two children.A few months after his divorce from Tundun was finalized, in December 2013, he married Josephine Washima, Pres. Jonathan’s Special Adviser on Job Creation. I even carried their wedding photos here

It looks like the marriage to Josephine is over because now Atama is publicly asking for Tundun’s forgiveness. Choi!

I heard someone pushed someone from a balcony…and that the marriage only lasted 6 months. See what Atama wrote on his Facebook page about his ex-wife