As the new season is just around the horizon, Information Nigeria highlights five players that would be highly influential for their various clubs. 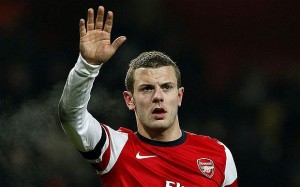 Jack Wilshere- Arguably one of England’s finest, unfortunately though, the dad of two has struggled to produce consistent performances on the field of play due to recurring injuries. He recently came under heavy criticism by Manchester United’s legend Paul Scholes who suggested that the player would never reach his full potentials. Realistic terms, they are mere speculations. A fit Wilshere is agile and gives a resounding output; a stalwart in all endeavors for both club and country.

Much waits to be seen on the role assigned to him when the season begins, especially with the Gunnners burgeoning Midfield options. If he remains fit, the 22-year old is capable of giving in mouth-watering displays that made former England boss Fabio Capello describe him as the ‘’The Future’’ of English football. 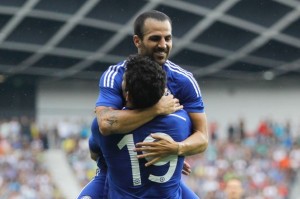 Cesc Fabregas– Arsenal fans ostensibly went berserk when the news about Fabregas joining rivals Chelsea soared on the media hemisphere. The playmaker joins the blues at the back of a not impressive season at Barcelona. Despite the outward bearing of the previous season in Spain, the player not surprisingly, is proving to be worth every penny spent- scoring a sublime freekick in the thumping of Dutch side Vitesse in a pre-season friendly encounter. The Spanish International is a force to be reckoned with in the upcoming EPL season.

Juan Mata– Manchester United bought the diminutive Spaniard from the Special one for a fee believed to be around £37.1 million, and even though the former Valencia talisman didn’t show his goods in his maiden season for the red devils, his subsquent could produce surprises. Twice voted Chelsea’s player of the season, the player was sold to rivals for bewildering decision that left the faithful fuming on why Mourinho permitted such transfer. His poor defensive work rate was believed to be the reason for his stupefying exit. 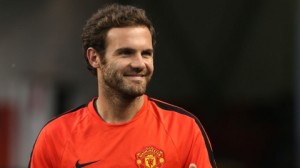 Unable to flourish under Moyes, however, under the tutelage of the experienced van Gaal, the 5ft 7 midfielder would fit in the new 3-5-2 being experimented in United’s US tour. Juan Mata would have the freedom to work his magic in Midfield. He would also be required to do more work in the final third, in contrast to Jose Mourinho’s philosophy. 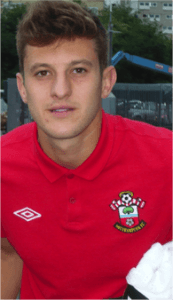 Adam Lallana– When the 26-year old was plying his trade in South East London, Southampton, the majority of the big teams visiting the St Mary’s stadium didn’t fancy playing against him. His vibrant runs, layoffs, and constant eye for goal was excruciating for away sides.

Now though, Lallana was part of the redundant summer release spree by Southampton. The English born is now moving to the Mersey side and expected to be given a major role in Liverpool. Another starlet to monitor. 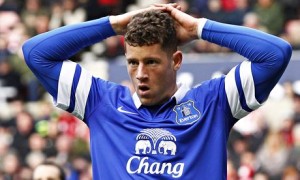 Ross Barkley– The Everton attack is probable to be spearheaded by this English footballer with a Nigerian descent. If you looking for a player with attributes of immense physicality, power and pace, Ross Barkely makes the cut. Last season, he was incredibly substantial in the Toffes quest for a top four finish, which was denied due to lack of experience. Still, with Roberto Martinez in the ranks, expect the club to try again, especially with Barkley orchestrating play.