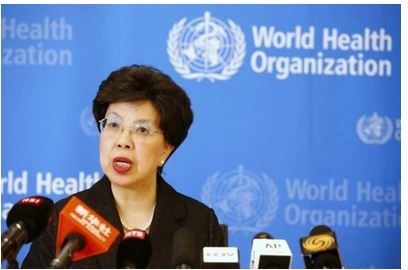 The World Health Organization has declared the Ebola Epidemic an International Health Emergency, stating that “a coordinated international response is deemed essential to stop and reverse the international spread of Ebola” which has killed almost a 1000 people in four west African countries.

At an emergency meeting today August 8th, the Geneva based UN health agency said the declaration of an international emergency will help in raising the level of vigilance for transmission of the virus.
WHO advised countries identified to have been infested by the deadly Ebola virus – Guinea, Nigeria, Sierra Lieone and Liberia – to declare a state of emergency and that there should be no general ban on international travel or trade on these countries. Continue…
Keiji Fukuda, the WHO’s head of health security in a telephone interview with reporters stressed that Ebola is not a mysterious disease and that with the right steps and measures to deal with infected people, Ebola’s spread could be stopped.

“This is not a mysterious disease. This is an infectious disease that can be contained. t is not a virus that is spread through the air.” he said

The WHO says this current outbreak is the most severe in the almost 40 years since Ebola was first identified in humans majorly due to the weaknesses in health facilities of the countries currently affected. It also said inexperience in dealing with Ebola outbreaks and misconceptions of the disease, including how it is transmitted, “continue to be a major challenge in some countries”.