The World Health Organisation (WHO) has commended the Nigerian Federal Government on its response to the outbreak of the Ebola virus in the country.

According to the News Agency of Nigeria, NAN, the Country Representative of WHO, Dr Rui Vaz, made the commendation at a press briefing in Abuja on Wednesday, 13 August, 2014, stating that the government’s response was a model for other affected countries to copy. 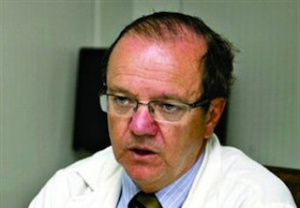 It was gathered that the briefing was on the outcome of the meeting between President Goodluck Jonathan, the 36 state governors and their commissioners of health.

Speaking at the event, Vaz noted that President Goodluck Jonathan took the first critical step by declaring the disease a national emergency.

“The president has also been pushing in order to ensure that we have the emergency operation centres in each state with a very clear plan and accountability framework.

“This is to ensure that everybody works together under this plan and to provide the necessary support collectively.

“What I want to emphasise is the leadership from the Federal Government of Nigeria to tackle this epidemic,” Vaz said.

The WHO representative added that “the presence and leadership from Mr President calling on all governors and commissioners of health in order to understand the current level is commendable.

“This is in terms of preparation and anything up to response, and to identify the gaps and together overcome those challenges.

“I think this is an important measure for all countries to understand that we need to have a very strong coordination mechanism.”

Vaz noted that the Ebola virus disease was controllable with adequate awareness, especially at the grassroots level and effective collaboration of all stakeholders under the plan.

Vaz cautioned against any myth about the disease, noting that public misconception contributed significantly to the spread of the virus in Liberia, Guinea and Sierra Leone.

“We need to avoid stigmatisation, discrimination problems in terms of barriers and people who are keeping their own bodies afraid of what is going to be done. All of those myths we need to work very closely to correct.”

The WHO official stressed the need for every case to be reported for quick identification and action.

He said that communities and local leaders had a major role to play in this regard by assisting government to identify suspected cases for urgent action.

Vaz added that the sooner any suspected case was identified, the easier it would be for all contacts to be traced and placed under surveillance.

The Ebola virus is believed to have killed three people, infected not less than 10 people while hundreds of others are believed to be monitored for traces of the disease.

The deadly infectious disease was brought to Nigeria by a Liberian businessman, Patrick Sawyer, in July, 2014.